The first tethered satellite I observed was released by an expendable launch vehicle. There are two masses at each end of the tether. The tether material is only millimeters thick but reflects light unusually well. The SEDS tether was visible easily to the naked eye as it flew over Houston. SEDS stood for Small Expendable Deployer System. This image was taken of 23028 at 1106 UT on March 31, 1994 at a range of 527km. The tether is 11km long and .076cm wide. 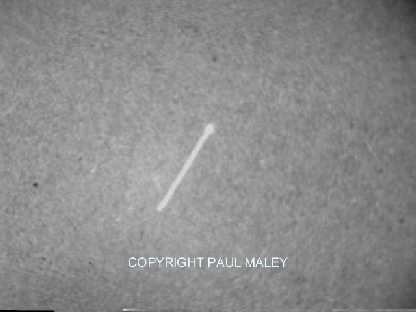 The Italian Tethered Satellite System was launched for the second time during STS-75 in 1996. 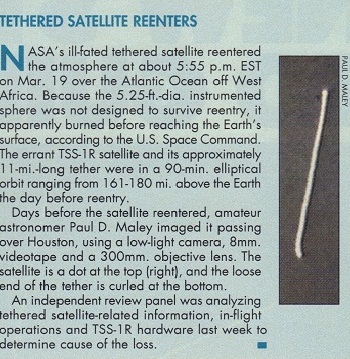 The first attempt was in 1992. Though that mission failed to deploy the tether, we traveled to Biloxi, Mississippi on August 5, 1992 and intercepted STS-46 at 1015 UT in a vain attempt to observe the deployment of the tether. During STS-75, however, the TSS satellite was intended to be reeled out over a 20km long tether which you can see in this TV picture below. At the time I travelled to Australia to video tape its deployment. Unfortunately, the tether was severed and the satellite and tether remained in free flight for weeks. 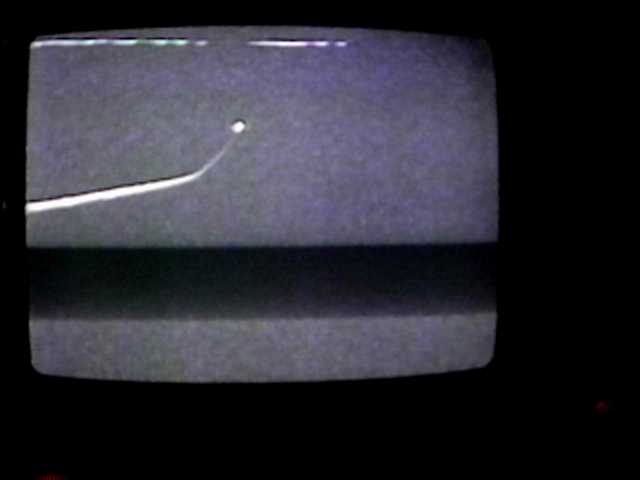 The next image shows the satellite as it flew over Yorkey’s Knob, Australia. The satellite was +2 magnitude and you can see the bulge at the top end which is the collective knot of tether created when the end was cut from the Shuttle, while the small bulge on the bottom end is theactual satellite itself. 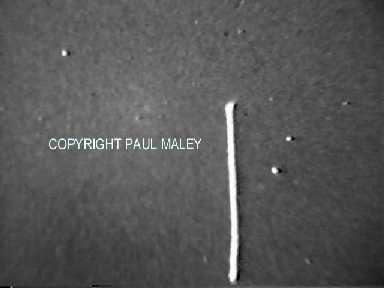 Here are two closeups of the actual tether material. The first shows its relationship to a coin and 12-inch ruler. 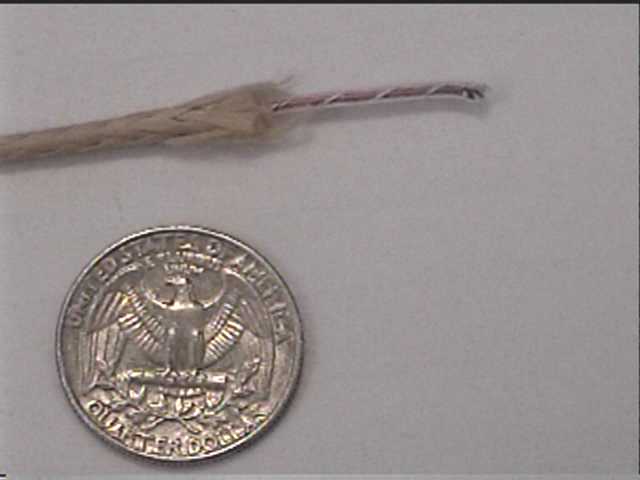 The next one shows a magnified view of the inner and outer layers of the material. One idea is that the reason the tether can be seen with the unaided eye even though it is of millimeter thickness is possibly due to ‘sandblasting’ of the outer layer after exposure to the environment of space. 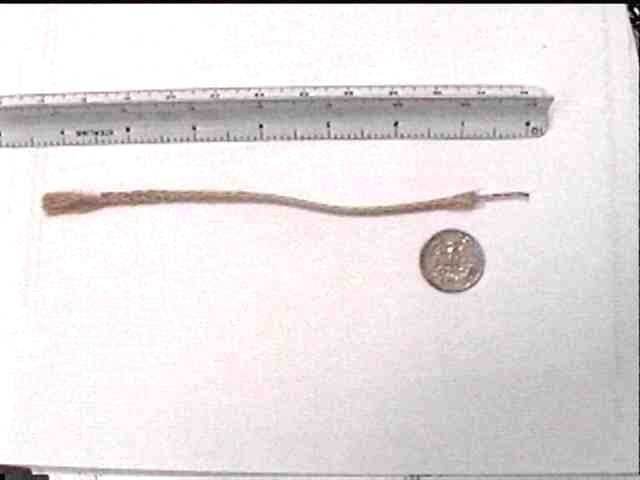 A high altitude tether was placed into space where it remains today. Not visible to the naked eye, this is a low light level video image. The TiPS has two small end masses connected by a tether. 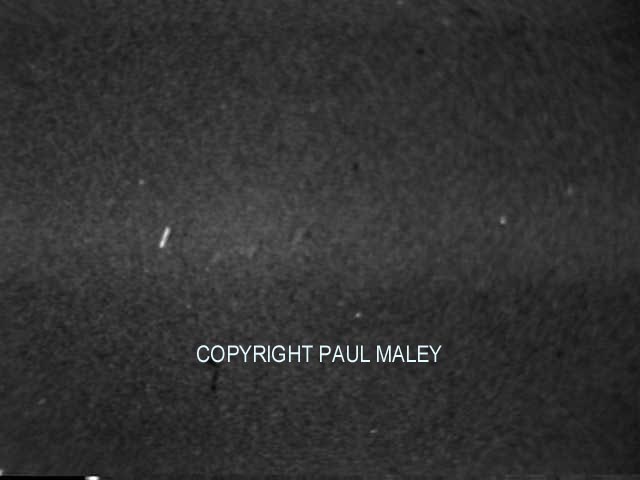