ASTEROID OCCULTATIONS I HAVE RECORDED

I have successfully observed and timed the following asteroid/planetary satellite occultations.  Accurate ground track forecasting prior to 2001 was really poor, making successful observations problematic at best. You had to be really lucky in order to see an occultation. Beginning in 2001 many more events were being forecasted with improved accuracy, and astrometry (the science of astronomical position measurement) sources and reduction techniques experienced a major advancement.  Then in the fall of 2016 the GAIA star catalog was introduced which caused most star position errors to be reduced to near zero, leaving 100% of the prediction error contribution to the individual asteroid ephemeris.

The image below shows two telescopes that I used beginning in 1960 for observations of earth satellites and then minor planet occultations.  On 5 March 1977 I was using the 5-inch Moonwatch apogee scope (orange paint) to monitor a possible eclipse of the 3.6 magnitude star Gamma Ceti by the asteroid 6 Hebe and recorded a visual disappearance lasting about 0.5 seconds.  The actual occultation recorded by multiple stations was seen 900km to the south in Mexico.  This suggested that if my observation was real, it might be explained by a possible small natural satellite in orbit around 6 Hebe. 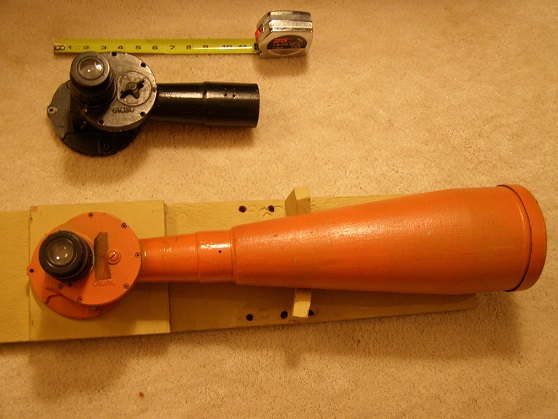 5-inch telescope used for the Gamma Ceti observation in 1977.

Abbreviations: C8=Celestron 8-inch Schmidt Cass telescope in the table below.  This scope has been my workhorse.  The M4 is the Meade 2045D telecope.  Under “Method” a number in parentheses indicates the number of separate stations that I deployed that succeeded. C11 indicates a Celestron 11 GO TO telescope.

My method of observation changed in 2001 when I purchased a red sensitive 3rd generation image intensifier from Collins Electro Optics.  In 2018 I began using a PC164 camera which graduated to a PC164EX2, then Watec 120N and now Watec 910HX without any further need for an intensifier. 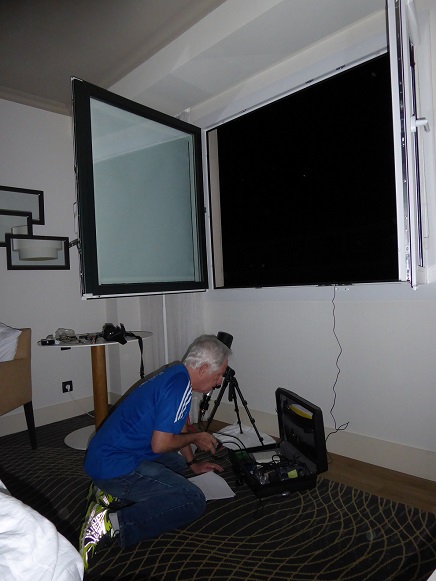 I recorded an occultation of 9.5 magnitude TYC 0651-00137-1 from inside room #3284 of the Marriott Auditorium Circle hotel, Madrid, Spain on September 19, 2017 using an 80mm refractor.  Even at a 63 degree elevation angle, it was possible to see and even record the star through the closed window glass; but to enhance clarity and hang the GPS antenna outside, the window was opened. 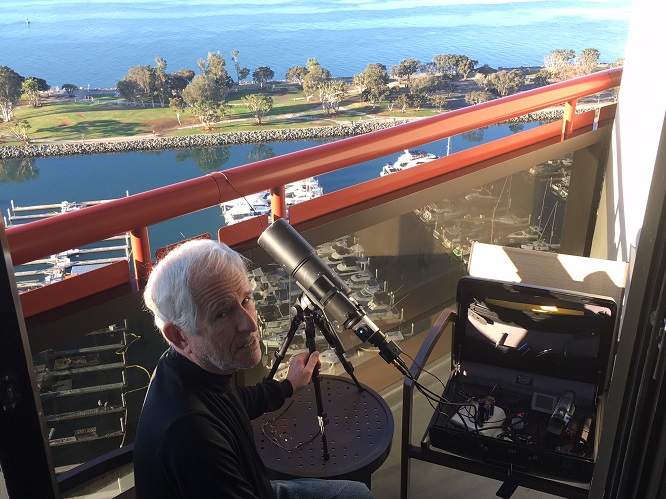 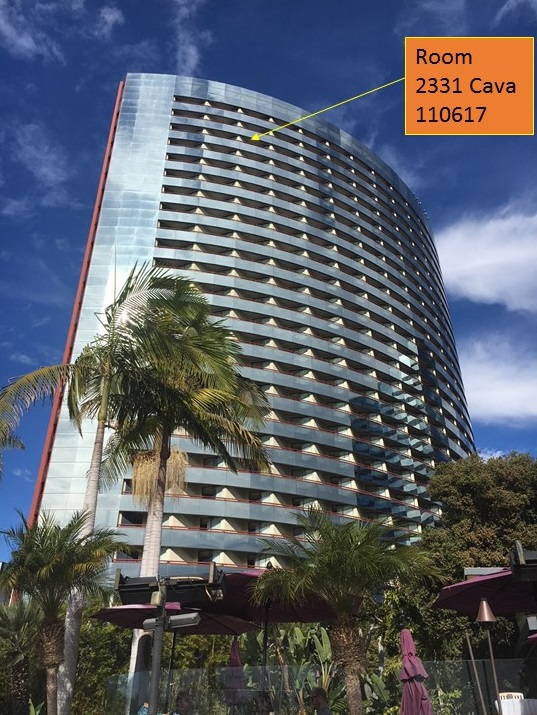 The following successful minor planet occultations (numbers 51 to 346 in the table below) are dedicated to Lucy the Cat, my constant astronomical preparation companion for 14 years (2006-2020). Because of her support (and in spite of destruction of star charts, blocking use of my PC keyboard,  getting cat fur inside my PC, chewing of occultation camera cables, interrupting my train of thought, etc.) I was able to conduct expeditions to time and record these exceedingly important events from the states of Arizona and Texas.