A COLLECTION OF CLIPPINGS AND MEMORABLE IMAGES

In 1970 I attempted observation of a Transit of Mercury with J.Wesley Simpson from the Vanguard Bldg in Clear Lake City, TX. The following image documented our failed attempt in 1970. 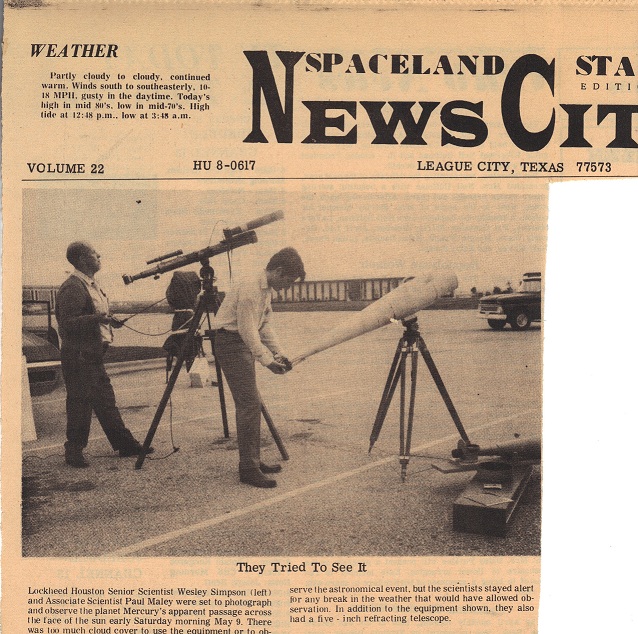 While I never applied to be an astronaut, I did ‘make it to the Moon’ in this promotional photo from my former company Lockheed Electronics Co.(the arrow below is pointing toward me). 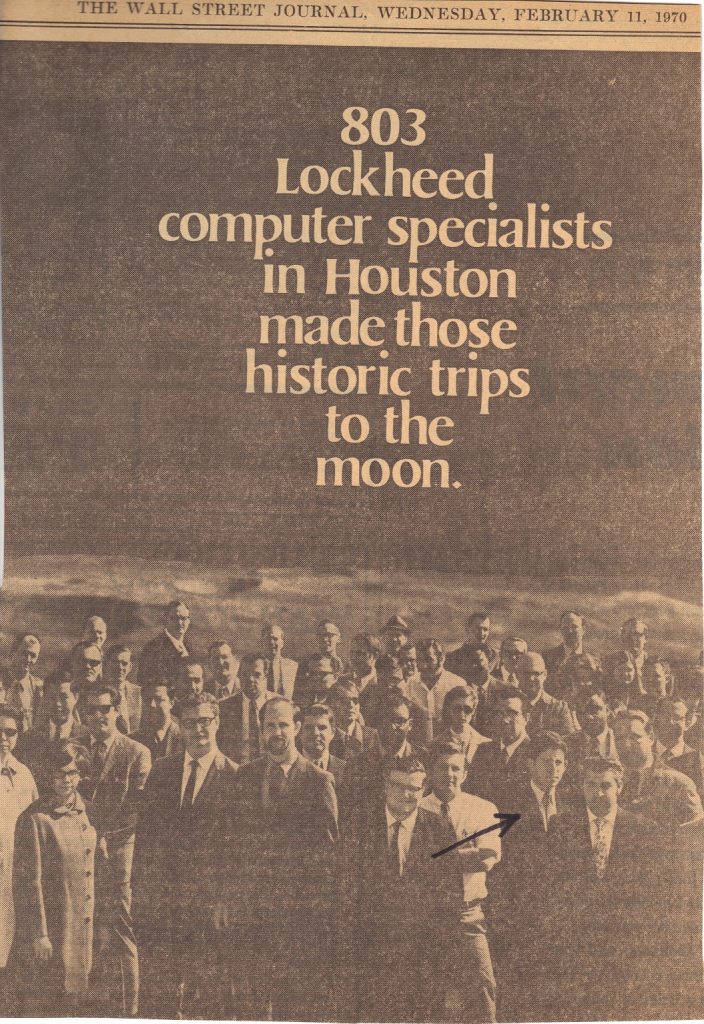 I conducted a large number of comet observations in the 1960s and 1970s. The photo below shows our successful observation of the great Comet Ikeya-Seki in 1965 from Pan American College in Edinburg, TX. 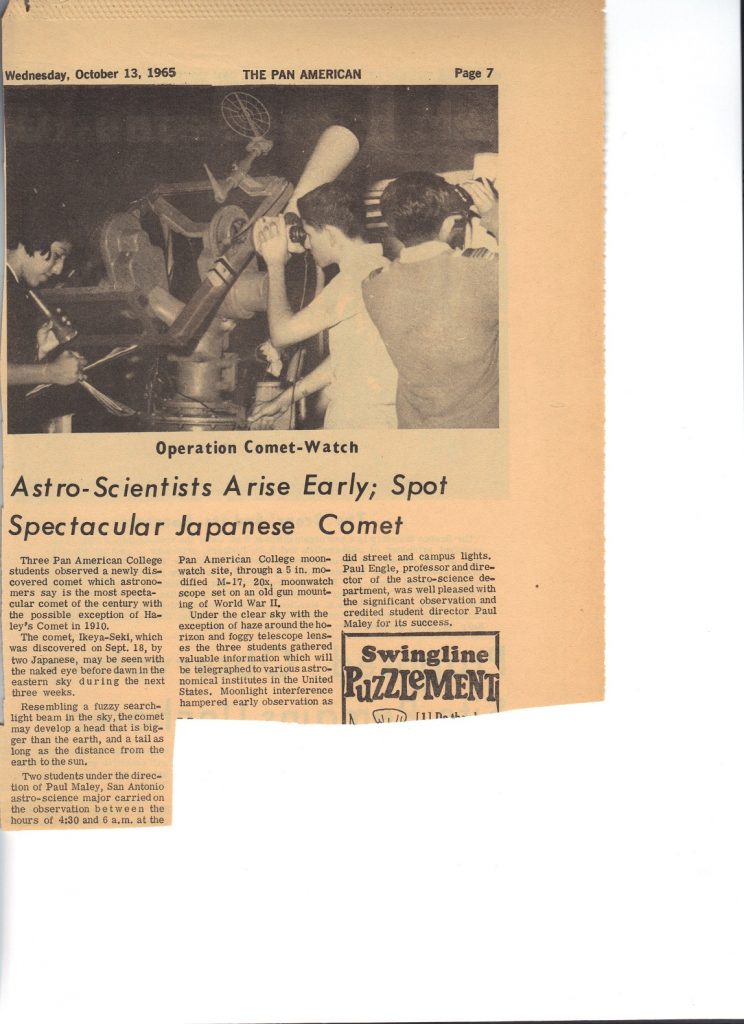 In October 1972 I observed a brief outburst of the Draconid meteor shower from Gonzales, Texas along with Andy Saulietis on a remote farm there. The photo below was taken from the farm outside of the town in preparation for the successful observation using 1st generation image intensification equipment. 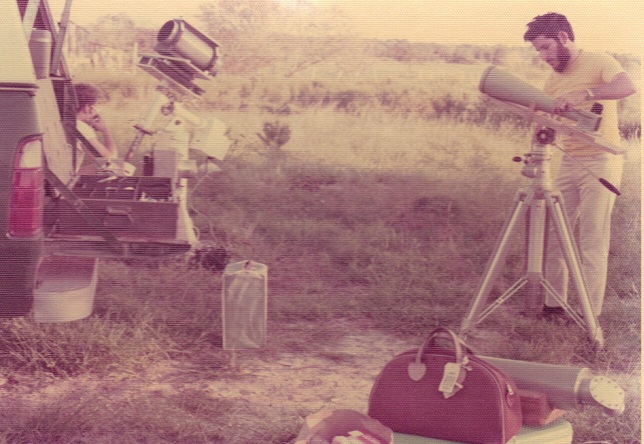 Comet hunting equipment as shown in front of a garage driveway from Clear Lake City, Texas (not in the daytime, of course). 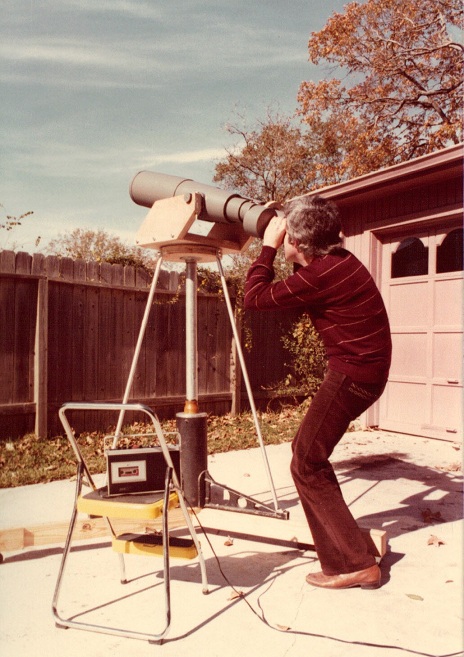 Employing first generation image intensification to study the reported Aries flasher position in 1985.  This  discovery  I later  determined  to  be  due  to  a spacecraft. 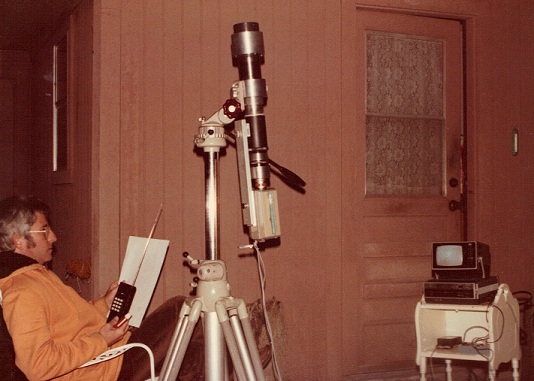 Giving a talk at the Madrid Astronomical Society December 1991. 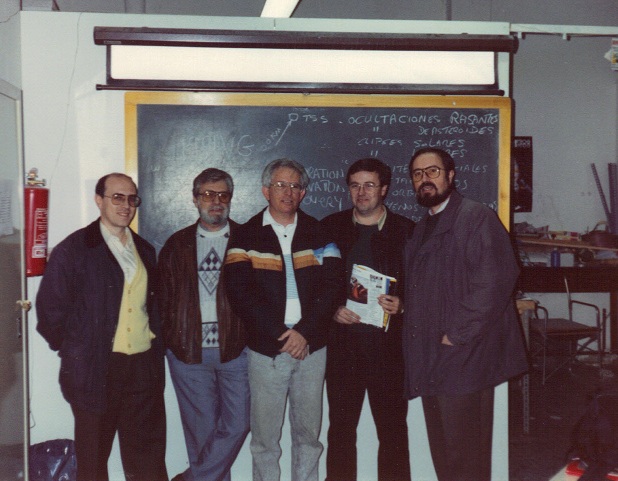 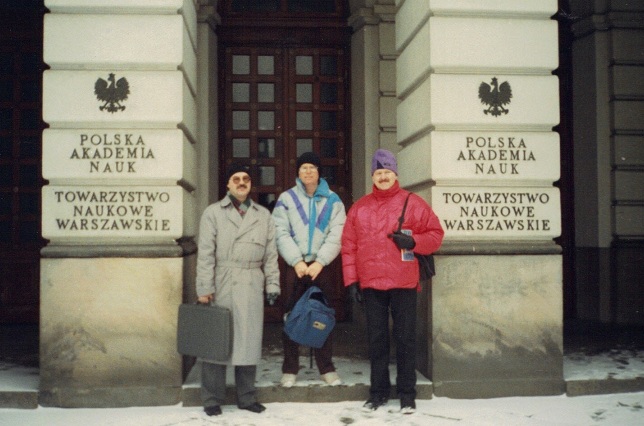 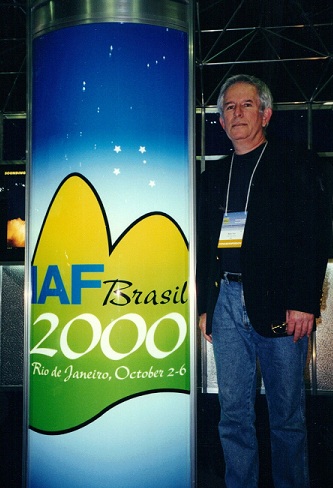 Presenting a paper at the Royal Astronomical Society meeting in London UK 1996. 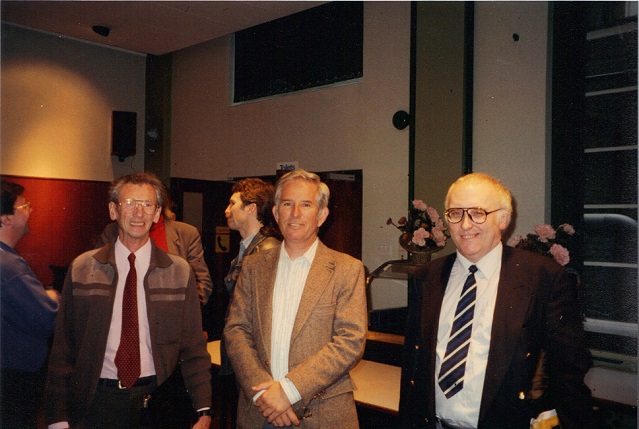 Conducting a TV interview on Rodrigues Island following our Transit of Venus expedition to Mauritius in 2004. 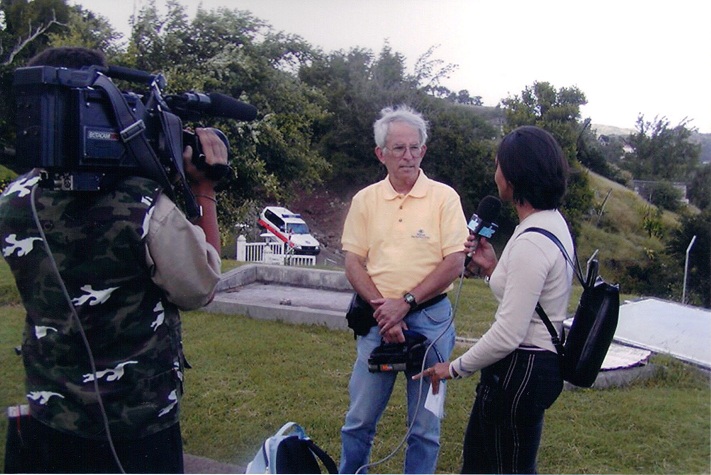 Chemical clouds are sometimes formed in space as a result of ejection of chemical canisters from satellites or rockets. The following is a low light level TV image from a Lithium release associated with the AMPTE rocket launch. The time counters in the frame is from the start of video recording. A 5-inch refractor was used as an objective lens. In the two frames you can see the expansion change in the cloud with time. I took this image on April 11, 1985 from Parker, Colorado at 0524 UT while the cloud was 114,488 km above the earth. 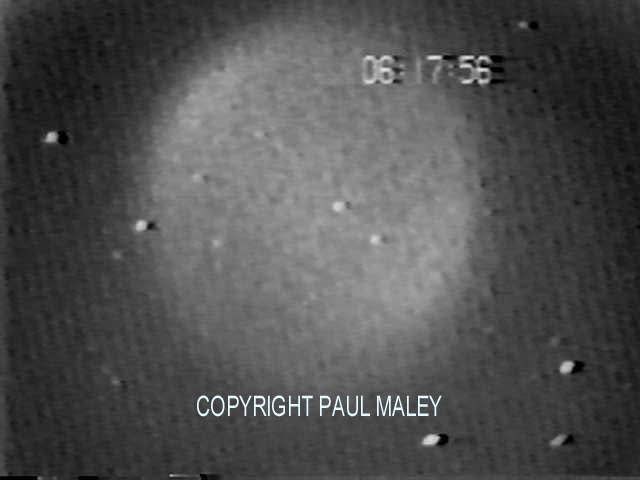 The presence of bright comets in the sky is enough to reveal the rather incredible delicacy of some astronomical targets. Here is a photo of Comet Hale-Bopp I shot using Tri-X film from White Sands NM, March 18, 1997. The 30 second exposure of the comet also shows astronauts Steve Robinson and Jan Davis in the foreground.  I was working with the Astronaut Office at JSC at the time training the crew.

Paul Maley and Ken Bryant where I was invited to give a presentation to the Astronomical Society of Frankston on artificial satellite observing in Frankston, Australia 1998. 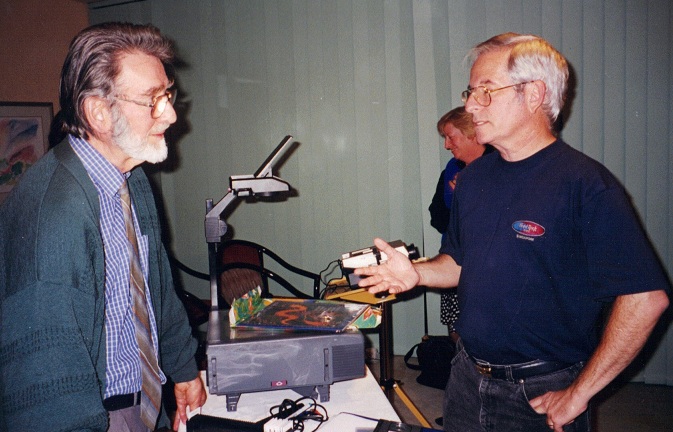 Paul and the mayor of Amman Jordan. 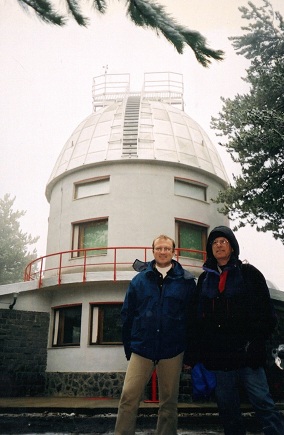 With a 5-inch tubeless refractor designed by Andy Saulietis, in Lyon, France (1982) for an overnight asteroid occultation. Although the occultation was unsuccessful because the path prediction was inaccurate, it resulted in a 2 mile taxi ride that cost me the equivalent of USD $100 to get to a dark location near the Lyon airport. 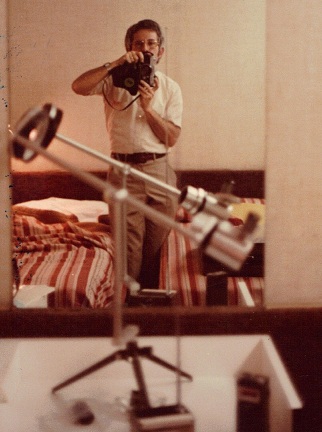 With an older Celestron 8 and bassett hound 1978 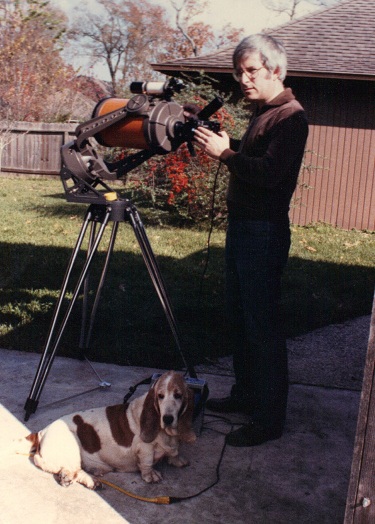 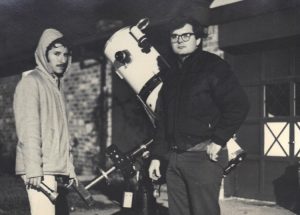 Paul with local Chinese observers in Beijing for the first Shenzou 1 flyover in 1999 (Houston, TX) 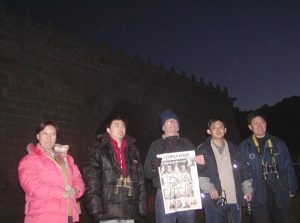