The W. J. Merline¹ Award for Discovery of an Asteroid Moon by Occultation (MADAMO) is to be presented to the first amateur occultation observer who is credited with the discovery of a new natural satellite of a minor planet.  The award is named in honor of W. J. Merline, a discoverer of a number of binary asteroids through the use of adaptive optics imaging techniques.  The award is partly in recognition of his efforts to foster collaboration between amateur occultation observers and professional asteroid observers.  There are several steps necessary to qualify for award consideration, as outlined below.

The MADAMO award is to be presented jointly to the discoverer and to the institution of the individual or team that first confirms this discovery by an independent method.

The purpose of the award is to highlight the role of the International Occultation Timing Association (IOTA) and its occultation methods in furthering our understanding of asteroids and asteroid binaries.  It seeks to encourage amateur occultation work and to promote further collaboration and interaction between the professional and amateur astronomical communities.

The guidelines here may be modified from time-to-time by the IOTA  Officers, with concurrence of those contributing the prize funds, as new observational techniques, methods of validation, or needs for altering the qualification criteria arise.

The award will consist of two components:

1. Monetary:  The monetary portion will be a prize of US$4,000 to be awarded entirely to the discoverer(s).  In the event of multiple discoverers of the same object in a single occultation event, the award will be evenly divided.  The award is to be funded by $1000 from Paul D. Maley, $1000 from Richard Nugent, $1000 from an anonymous contributor, and $1000 from David W. Dunham.  These funds are assigned as the MADAMO Award Fund with the following limitations: a) the money can be used only for this award and for no other purpose; b) in the event IOTA officers determine that the award will never be awarded, the funds will immediately revert back to the donors.

2. Certificate:   A certificate will be given to the discoverer(s).  The institution of the lead individual or team making the initial confirmation will also be given a certificate that attests to their participation in confirming the discovery.

Time limit: There is to be no time limit for the award to be given due to the potential length of the confirmation period.

Qualification for the Award will consist of the following steps (expanded discussion follows):

In detail, those qualifications, at each of the above steps:

1. Occultation evidence:    Target objects are those asteroids historically and most typically associated with IOTA observations.  The eligible objects are minor planets with semi-major axes of less than 6 AU.  Specifically, this can include Near-Earth Objects (NEOs), main-belt asteroids, Jupiter Trojans, and dwarf planets.  Not eligible are comets, objects with dual designation as a comet and minor planet, any major planets, Trojans beyond Jupiter, centaurs, Trans-Neptunian Objects (TNOs) or distant dwarf planets. Ring detections are also not eligible.  Definitive evidence of a satellite must be presented from electronically recorded occultation data, using techniques with target and time accuracy defined by IOTA.  Writing of a technical paper regarding the putative satellite or the assignment of an IAU provisional designation by themselves is not sufficient to qualify for the Award.  Historical data may be acceptable, provided they meet the strict standards outlined here.   It is suggested that observers submit their evidence to the IOTA Officers for Step 2 below, before making public (even within the IOTA occultation network) an assertion of a discovery.  This is to avoid claims being made by others on the discovery, either from upcoming or archival observations.

2. IOTA Initial Review:  At this stage IOTA Officers will review any evidence presented to determine if it should be considered legitimate.  The rationale for this step is so that other (presumably professional) observers trying to confirm/validate the discovery know that there was some review and sanctioning of this evidence, and thereby avoid having them spending time chasing unreliable reports.

3. Report to IAU: If the evidence is convincing, then IOTA should work with the discoverer to get an appropriate report submitted to the IAU.  The IAU would then determine if this report is sufficient to publish an IAU Circular or IAU Central Bureau Electronic Telegram (CBET)  (for example, if two stations report simultaneous evidence of a satellite), or whether the report should be used instead as initial evidence of a satellite, awaiting further confirmation.  But in any case, this report should act as an official notification and should establish priority on the discovery. This report to the IAU should be made as soon as reasonably possible.

4. Confirmation:  Confirmation by a 2nd independent party, with an independent technique. (This is the party whose institution will share the certificate portion of the Award). The confirmation team does not need to be amateur astronomers. To qualify, those confirming must:

5. Validation:  Validation of the satellite by a 3rd team, using an occultation-independent method.  This 3rd party must be independent of the discoverer and the confirming party above.  The validating team does not need to be amateur astronomers.  The method does not need to be different than that used for the confirmation step.  Members of the validation team may also be a Panel member, below.

6. Panel Recommendation:  The panel, chosen by IOTA Officers, should consist of two professional asteroid experts, plus one IOTA Officer.  None of these panel members should be involved in the discovery or confirmation, nor should they be part of any discovery otherwise under consideration for the Award.  A Panel member may, however, be part of the validation team in Step 5 above. In general, the goal is for the discovery and confirmation to be definitive and clear-cut.  Ambiguous or questionable evidence is not expected to qualify.   Key elements in evaluation will be whether the object recorded in the occultation evidence is indeed  1) real and 2) is the same object that has been confirmed and validated (orbit, size ratios, etc., are in agreement). The Panel decision to recommend must be unanimous. Upon recommendation, the Panel will seek concurrence by the IAU.

7. Concurrence by IAU:  The Panel will request a statement from a recognized IAU source for concurrence that the evidence for the satellite is solid and that the occultation event is the same object confirmed/validated.

8. IOTA Officers confer Award: The issue then returns to the IOTA Officers for agreement on the Panel recommendation. Presentation of the award will be formally done at the IOTA annual meeting or at a special meeting to be determined.

*In a special case where an amateur is working with one or more professional astronomers (as assistants) and a satellite is discovered during this process, the amateur qualifies only if he/she is the project lead. If the amateur is acting under the direction of the professional(s), this does not qualify. 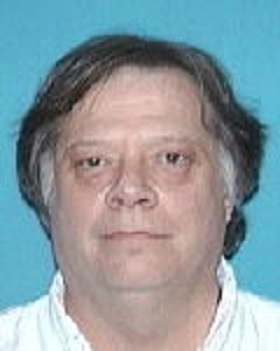 Dr. Merline is Principal Investigator of programs funded by NASA and NSF to perform a ground-based search for asteroid satellites and to study asteroid sizes/shapes/poles.   The programs employ adaptive optics to reduce the blurring caused by the Earth’s atmosphere and achieve exceptional angular resolution on the world’s largest telescopes.  Dr. Merline led an international team in the first ever discovery of an asteroid satellite from the Earth (ground-based or Hubble), (45) Eugenia in 1998.  Subsequently, the team discovered the first double asteroid (90) Antiope, the first Trojan binary (617) Patroclus, the first satellites around C-, M-, and E-type asteroids and 7 of the 8 loosely bound main-belt binaries.  In all, the team has discovered 16 or the 28 known main-belt or Trojan binaries that have been discovered via imaging, as well as participating in the discovery of the Ida/Dactyl and 3 of the 4 new satellites of Pluto, and has accomplished the only optical imaging of a binary Near-Earth Asteroid (NEA).

TO APPLY FOR THE AWARD