The Iridium satellite constellation first came to our attention in the summer of 1997 when several very bright satellite objects were seen in the night sky. Brian Hunter was the first satellite observer to note their unusual brightness. On August 26, 1997, soon after a new group of Iridium satellites was launched, I saw them fly over Houston before dawn. One after the other, they began to flare up as each reached the same area in the sky. The photo below shows 4 of these objects clearly and one very dimly. Their identities are Iridium (IR) 22, 23, 24, 25, and 26; the photo was taken at 1057 UT. 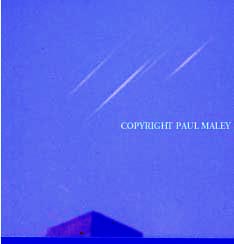 We suspected that whatever the cause of these flares, it had to be due to some physical structure on each satellite, and that the flaring must be geometry dependent. The flares would only occur when a satellite passed through a small area in the sky. If the area was missed by a few degrees, no flare would occur. After pursuing leads from Motorola, the company who built the satellites, it was learned that the Main Mission Antennas were the reflection source. The Iridium phenomenon has now been observed world wide, while the company that launched them declared bankruptcy. The reflected sunlight from these satellites is bright enough to be viewed on occasion in the daylight making them the only satellites a) whose flares are predictable and b) that can be seen during full daylight. On my web site, the point-like images are taken from individual frames of video, while the trailed images are time exposures from 35mm camera shots, usually Kodacolor 400 through a 50mmm f/1.8 lens. 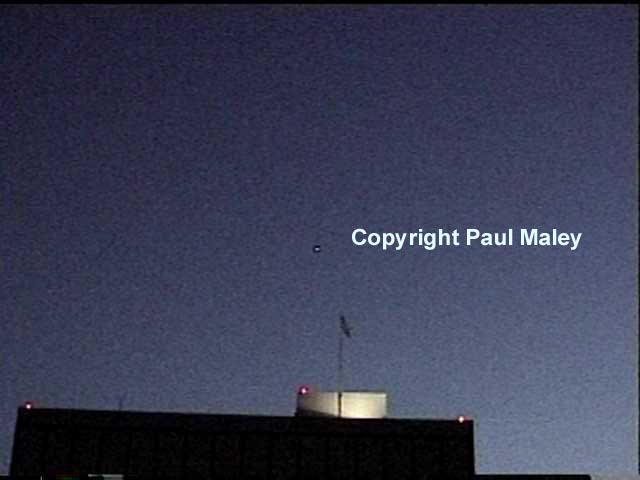 Iridium flares can take place almost anywhere. Here is a -5 magnitude flare occurring over the Mission Control Center in Houston shortly before dawn. 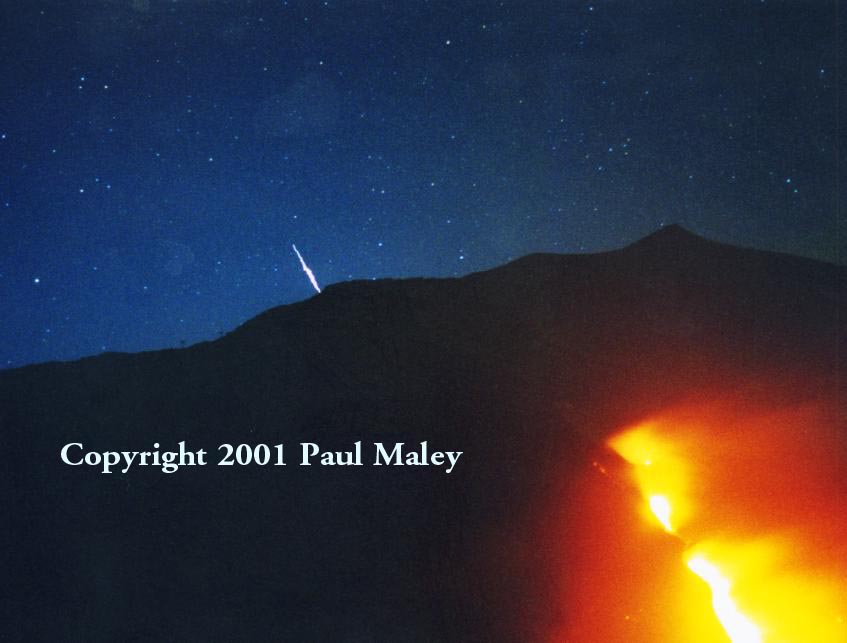 I took this shot in 2001 during a summer trip to the Mount Etna erupting volcano. It was amazing!! 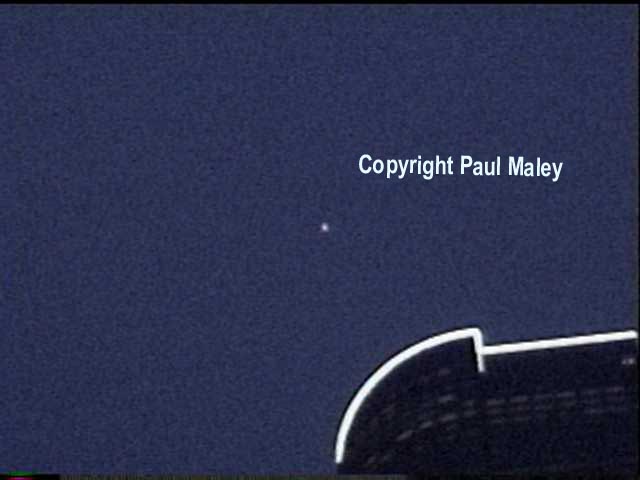 The photo above shows a -7 magnitude flare over a building that has been illuminated for the holidays at the very top of the structure. It was located in downtown Houston, Texas. 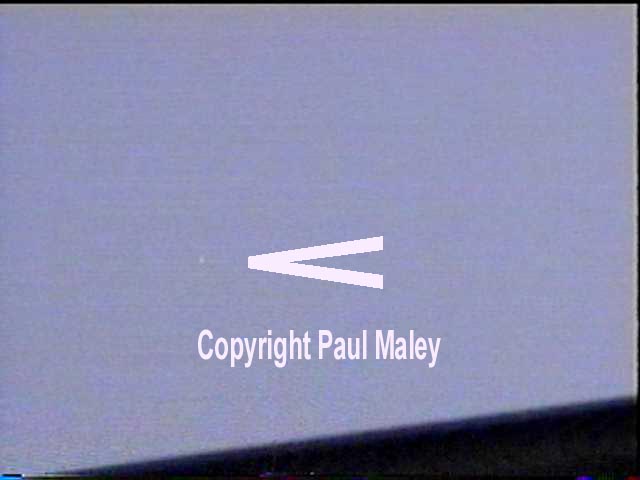 This interesting image above shows a flare occurring in broad daylight from Edinburgh, Scotland while a group of satellite observers were gathered there for an international conference on satellite observing in October 1998. 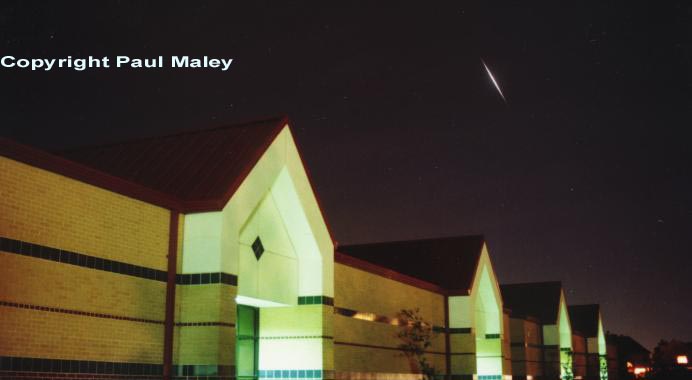 Flares also take place over other structures such as schools. The photo above was taken in Clear Lake City, Texas from a site only about 40m from my house. 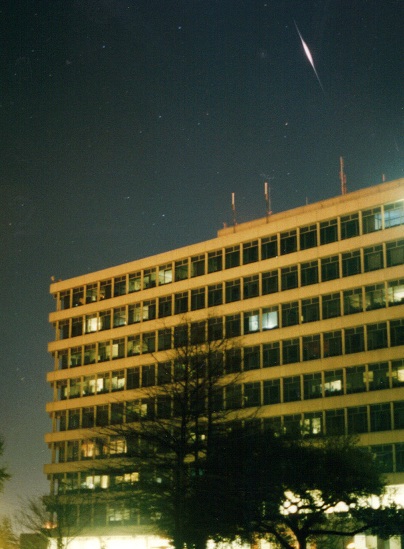 The above photo is of Iridium 7 over the administration building at NASA Johnson Space Center in 1998. 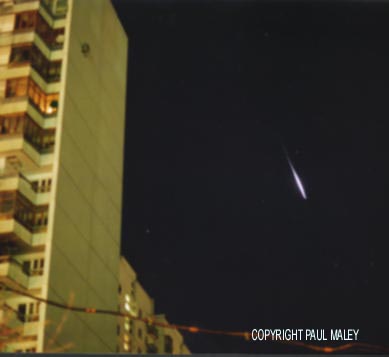 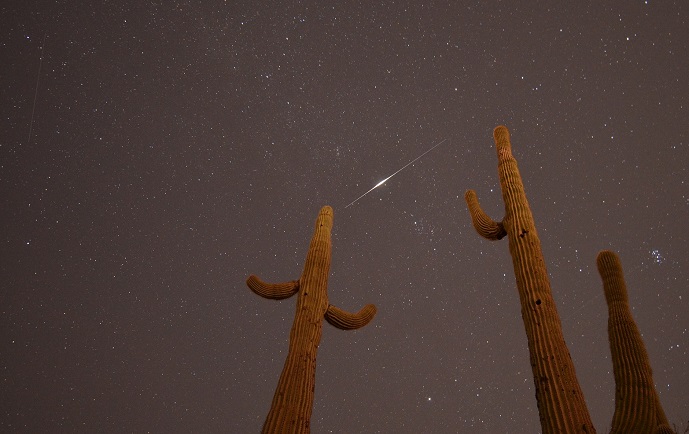 Contrast the above photo of Iridium 91 taken December 19,2016 along with 3 other faint satellite trails from my home in Carefree, Arizona. 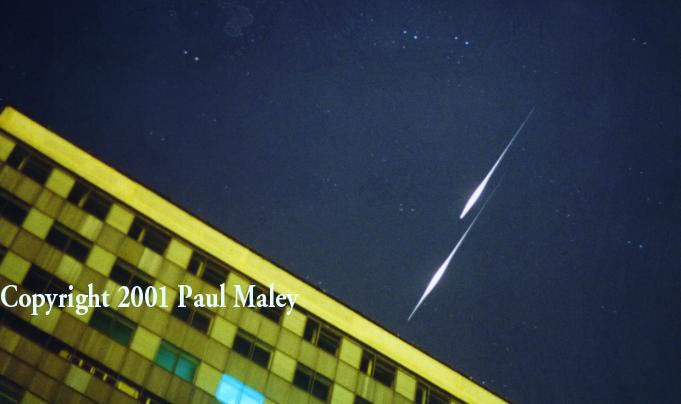 A few nights later I took this double exposure of two consecutive Iridium flares over a Moscow apartment building. 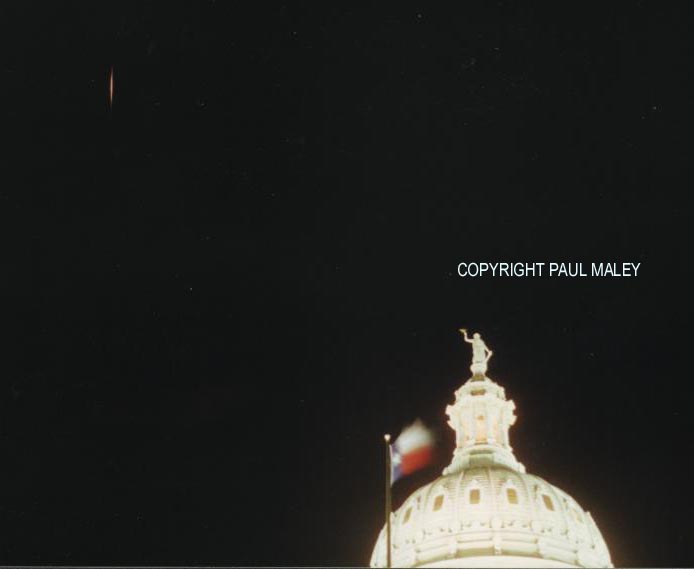 On another occasion while visiting fellow satellite observers Mike McCants and Ed Cannon in Austin, Texas, I photographed a flare from Iridium 13 not far from the Texas state capitol building in Austin on March 2, 1999. Sometimes not all photos turn out the way you expect them to. In fact, the flare was predicted to be -7 magnitude but it actually only reached magnitude -1. 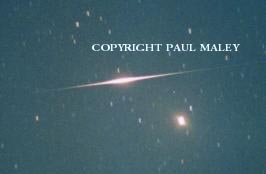 Here is a -7 magnitude flare from IR 20 on Nov. 2, 1997 at 0034UT as it passed by Jupiter. The flare really reached -7. Its short peak duration is also noticeable in the track as the camera was exposed for about 15 seconds of the pass. 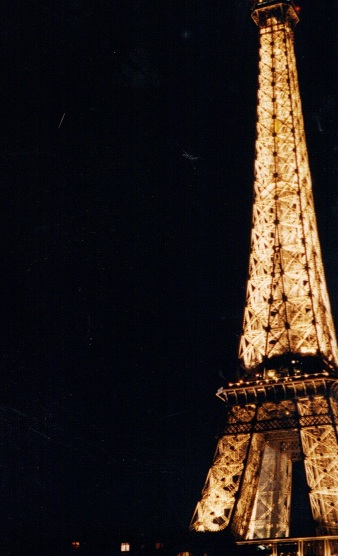 Iridum 34 faintly flares up to the left of the Eiffel Tower in Paris February 2000. 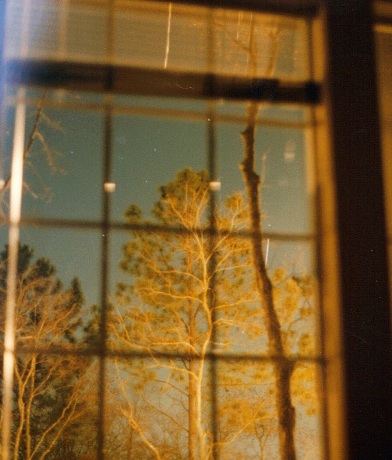 Iridium flares are so bright that I photographed one from inside my house through a window. The streak to the lower right center shows it. 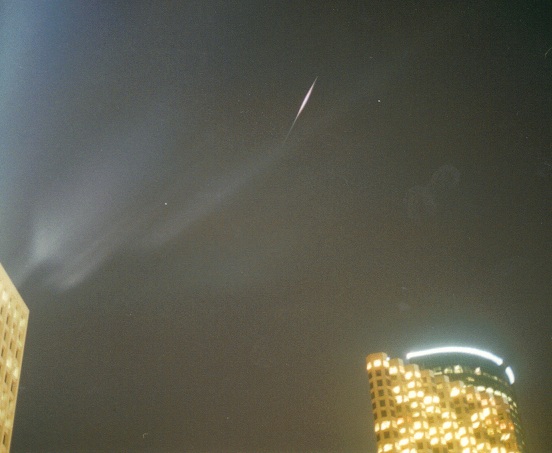 The image below shows Iridium 4 on February 10, 1998 passing over downtown Houston, Texas. 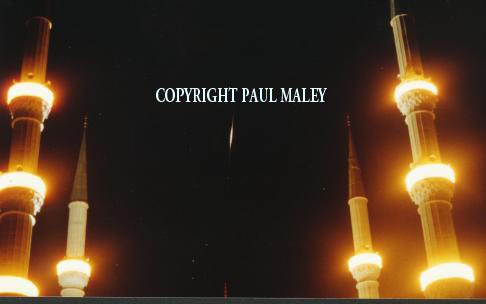 This image I shot in Diyarbakir, Turkey in February 1999, and shows a bright flare silhouetted between minarets of a mosque. 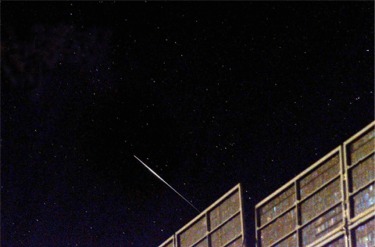 In addition, the flares have even been observed and photographed from space! Here is a photo taken by ISS astronaut Don Petit on March 21, 2003. It is a 30 second exposure taken at 23:5635UT of Iridium 65. The camera used was a Nikon F5 with an electronic camera back at f/5. You can actually see part of the ISS solar arrays in the foreground and stars clearly visible in the background. The appearance of this bright flare from space is identical to that as seen from the ground.