The early evening dark sky as seen from our lodge. The Milky Way can be seen with Auriga and the Pleiades in the center.  Paul D. Maley photo.

Unless otherwise shown, all images on this page are by Paul D. Maley with a 8mm Nikon D5600 f/3.5 with exposures ranging from 3 to 25 sec (for aurora) and with an Iphone 12 for non-aurora images. No images may be reproduced without permission of the photography. All rights reserved.

Our 23rd consecutive Ring of Fire Expeditions tour to Alaska to see the Northern Lights was once again successful. That makes 23 expeditions in a row where we saw/photographed aurora. We had 3 clear nights out of 4 and our team consisted of the following people: Kristine Reed, Jerry Reed, Zina Mirsky, Nancy Okamoto, Joan Steiner, Ed Steiner, Melinda Benton, Sharon Wysocki, Jim Wysocki, Gail Pollock, Mike Torbett, Lynn Palmer and Paul Maley.

Of the 4 nights, September 24 was the best followed by Sep 25. Sep 26 was overcast, though there was a big geomagnetic storm that occurred while everyone was asleep. Sep 27 was completely clear but auroral activity was minimal.

On the way to Seattle and then Fairbanks I took this photo out the window showing an ‘airplane glory’. Per WIKIPEDIA, “a glory is an optical phenomenon resembling a saint’s halo around the shadow of the observer’s head, caused by sunlight interacting with the tiny water droplets that comprise mist or clouds. The glory consists of one or more concentric, successively dimmer rings, each of which is red on the outside and bluish towards the center. Due to its appearance, the phenomenon is sometimes mistaken for a circular rainbow, but the latter has a much larger diameter and is caused by different physical processes.”

Our lodge on a beautiful fall day looking North.

The viewing deck and warming cabin

One of a number of briefings provided to guests at the lodge.

Salmon: one of 6 entrees to choose from including halibut, steak, vegatarian, shrimp scampi and chicken cordon bleu.

AURORA IMAGES FROM THE TRIP

The above image shows the first signs that an aurora is going to be visible. What will happen next? Anything is possible. Typically a faint green band (to the eye) appears in the north-northeast above the lodge. On September 24 it first was visible around 11pm and remained inactive until about 1am. The photo above was shot at 11:17pm.  The lens used was 8mm. Compare to the next image. 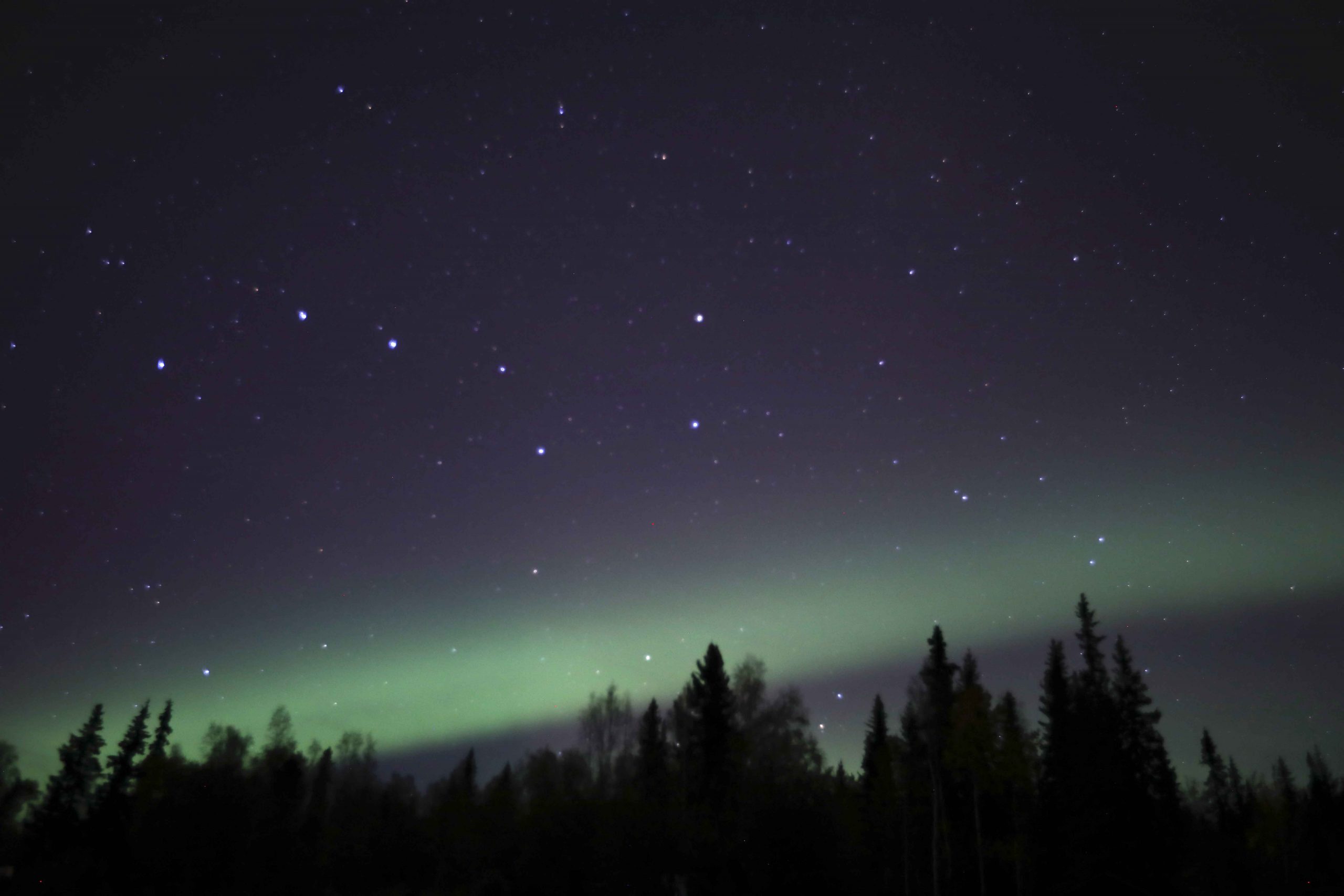 The same arc photographed by another team member but could easily have been mine. In fact, I have an entire folder of images I have taken that are out of focus from past trips no matter how carefrul I have tried to be.  This shot was with a Canon EOS 5D Mark IV, f/2.8, 10 sec, ISO 2500, 33 mm focal length. It is a much narrower lens than in the first image but if you look closely you can see that the camera was not perfectly focused; but it was close! At night this can be a challenge. So, it helps to first verify focus by testing on a random group of stars before Northern Lights begin to activate, then using the zoom feature to confirm the stars in focused as well as possible. 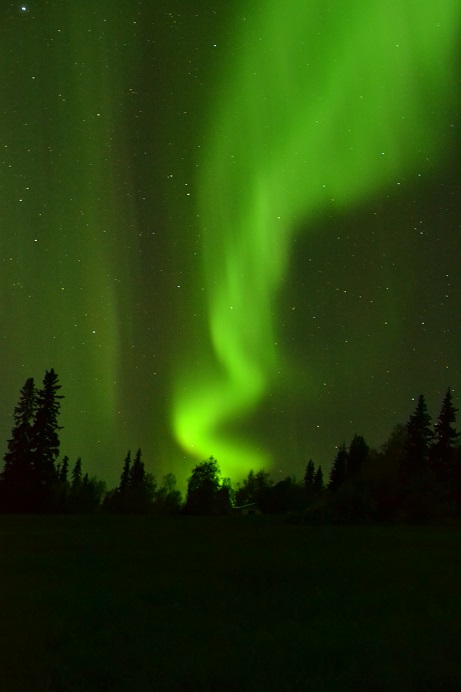 An overhead curtain wrapping up with other action in the background. Sep 25 morning. 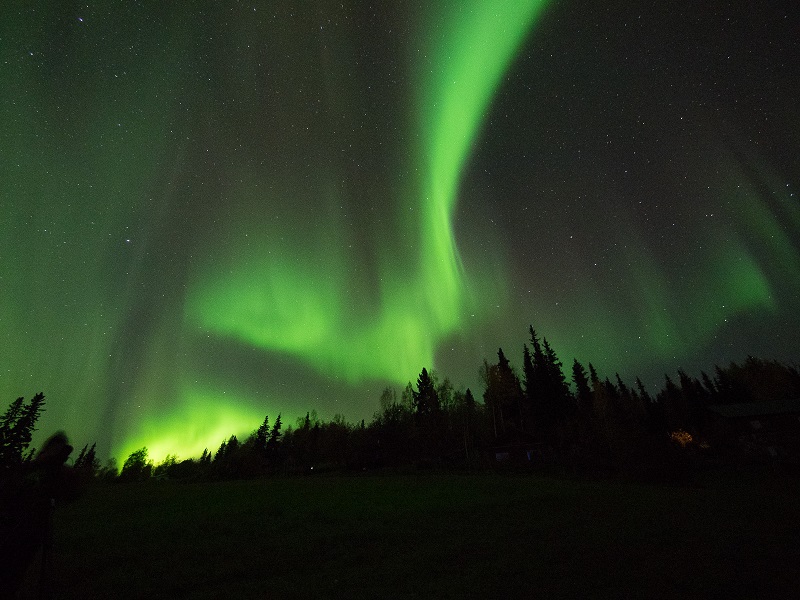 Something brewing in the north Sep 25 morning.

The band breaks up into thinner individual bands and someone with a red light waves it in the lower right.

One has to be careful at night to avoid wildlife encounters especially where a moose and its calf are in close proximity.  In this case the moose could be spotted in the dark by its outline to the west of our location.  We are about 100m from these animals.  The photo below and its cropping show clearly what could be captured in a 25 second exposure. Ignore the off color balance of the background.  Moose and calf within walking distance of our observing location. Melinda Benton photo. 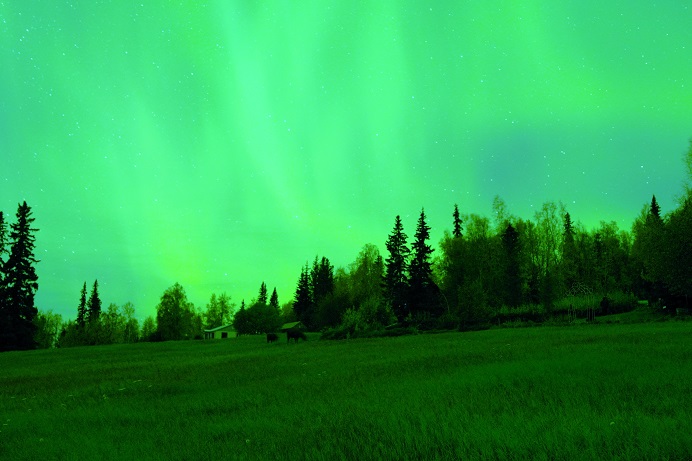 The above image and its cropping were captured in complete darkness by Melinda Benton. Nikon D3100 24mm lens ISO 3200 f/2.8, 25 second exposure time.

On this morning there were clouds moving in and out of the sky obscuring some of the startup lights that were percolating in the northwest and north.

The clouds moving south to north started backing off allowing a nice band to form.

For the remainder of the morning the lights confined themselves mostly to the lower north horizon with non-spectacular appearances changing as the morning wore on.

Beginning the evening of Sep 27 the sky cleared and it was the clearest skies I have seen in the past 11 years there.

Sad to say there was hardly a glimmer of the lights. But the Big Dipper, Draco, Auriga, Gemini, Taurus, top end of Orion and Mars are all easily spotted in this time exposure.

This indication was the most we saw with the lights confining themselves far north of us at our latitude of +63 degrees. 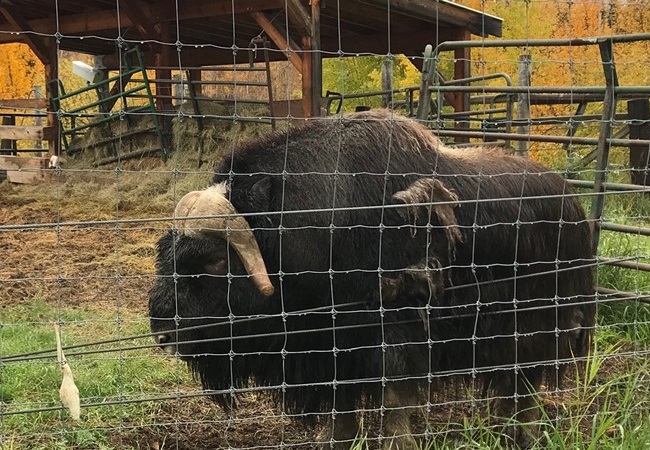 Halo around the Sun as seen from the lodge 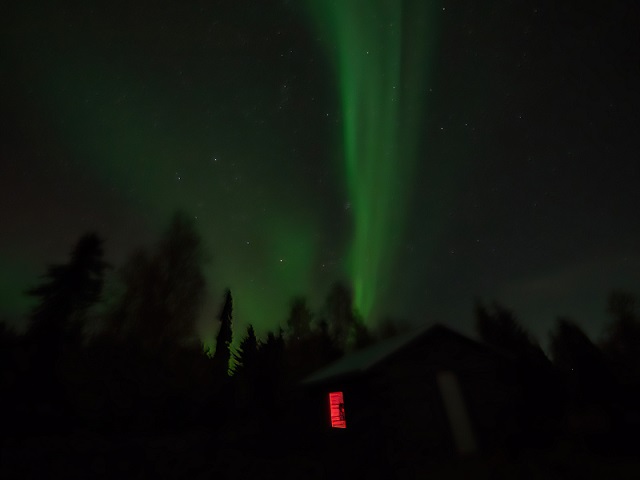 The cabin next to the viewing area with aurora in background.  Notice the red light inside. We only use red at night.   Zina Mirsky photo. 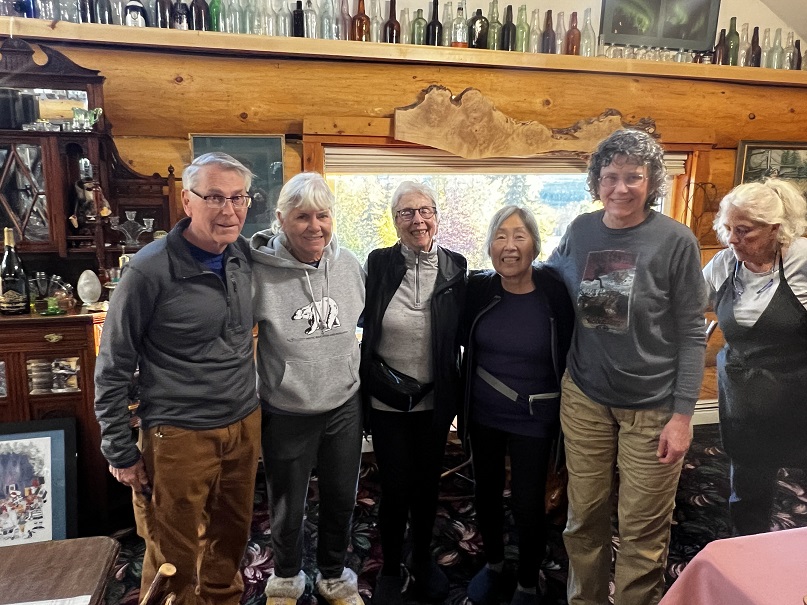 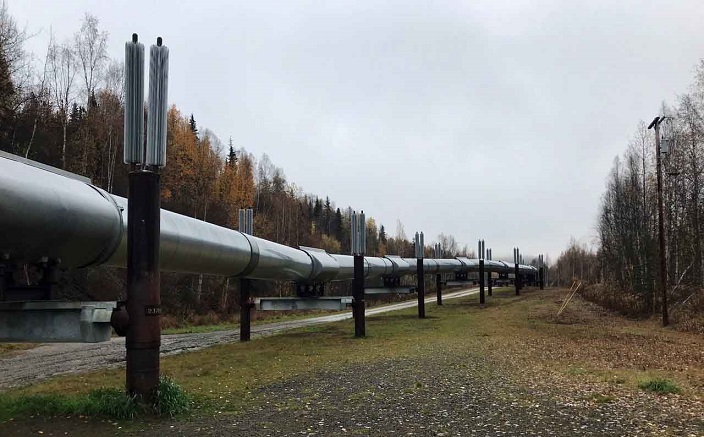 A part of the Alaska pipeline. Joan Steiner photo. 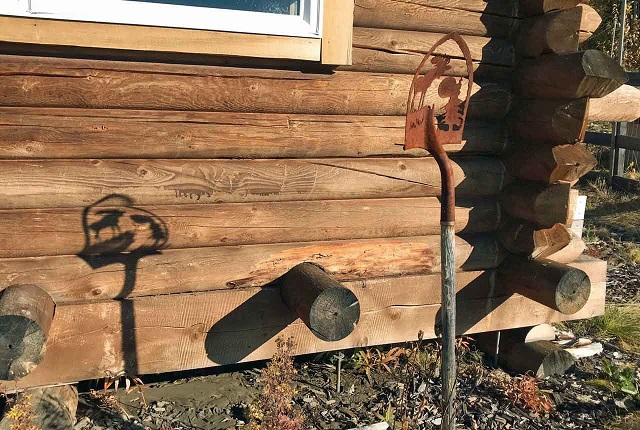 A unique shovel and its reflection.  Joan Steiner photo. 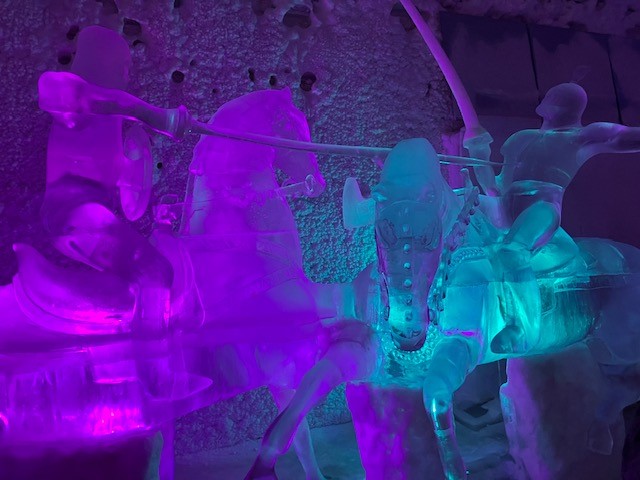 Inside the Ice Museum at Chena.  Sharon Wysocki photo. 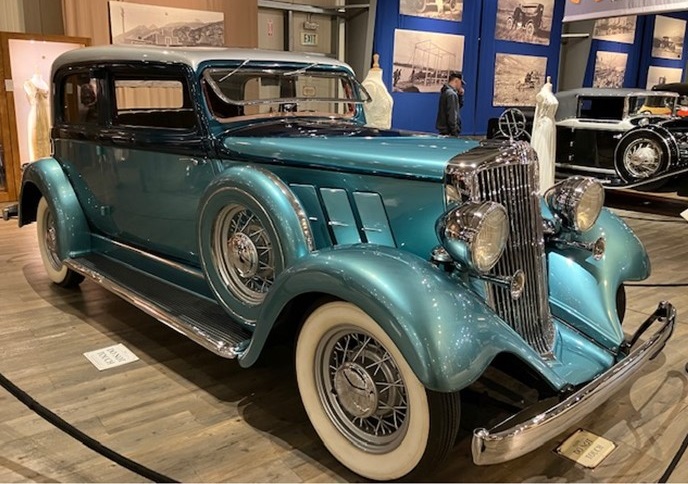 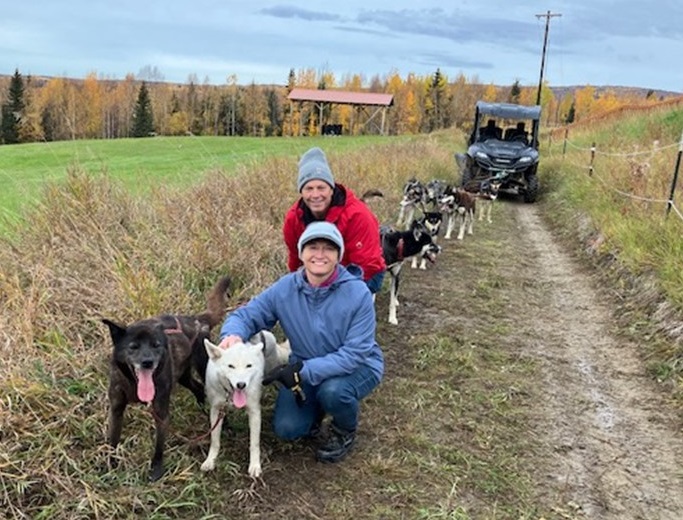 Dog carting with a team. Photo by Paws for Adventure team member.