The 46th solar eclipse expedition of the NASA Johnson Space Center Astronomical Society occurred on February 26, 2017.  Originally we had planned to travel to Angola but the weather there was too unpredictable and both logistics and costs were troublesome to deal with. A second plan was made to organize a group and travel to Argentina. This plan was aborted after the local ground operator became unreliable.  I then devised a third plan to travel without a group to southern Chile.  This plan turned out to be quite successful, though not without its challenges. 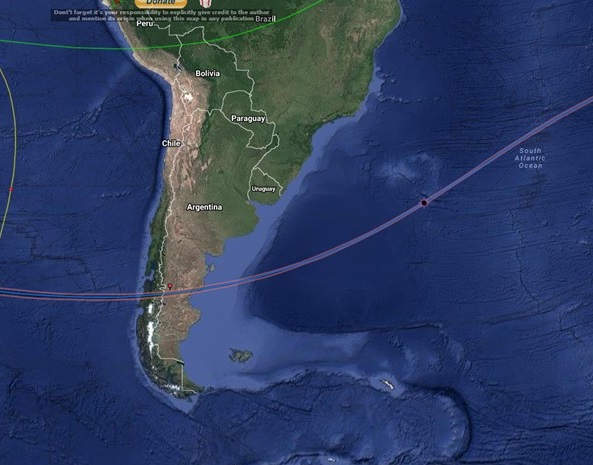 The ground track of the solar eclipse as it crosses South America. Courtesy X. Jubier.

The plan was to observe it near the southern edge which is part of a continuing effort by the International Occultation Timing Association to observe Baily’s Beads at both the northern and southern limits of the eclipse path. The purpose of this is to perform this activity at as many eclipses as possible to gather data that might be used to assess changes in the solar radius.

This eclipse was interesting in that it was nearly total. In fact the Moon covered 98.6% of the Sun’s disc at central eclipse time from our site. 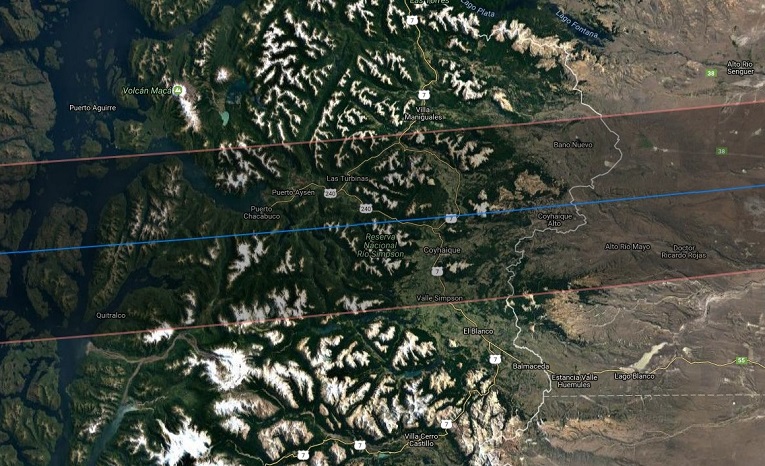 Our eclipse site location was near Valle Simpson just above the lower red line. 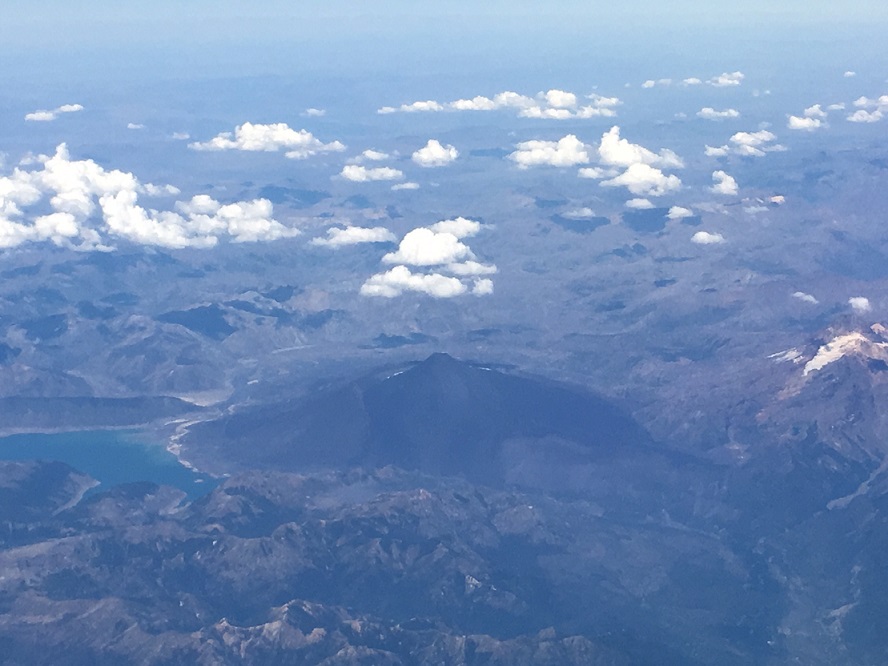 Villarica volcano, one of the many volcanoes along Chile’s western side as we flew from Santiago to Balmaceda. L. Palmer photo. 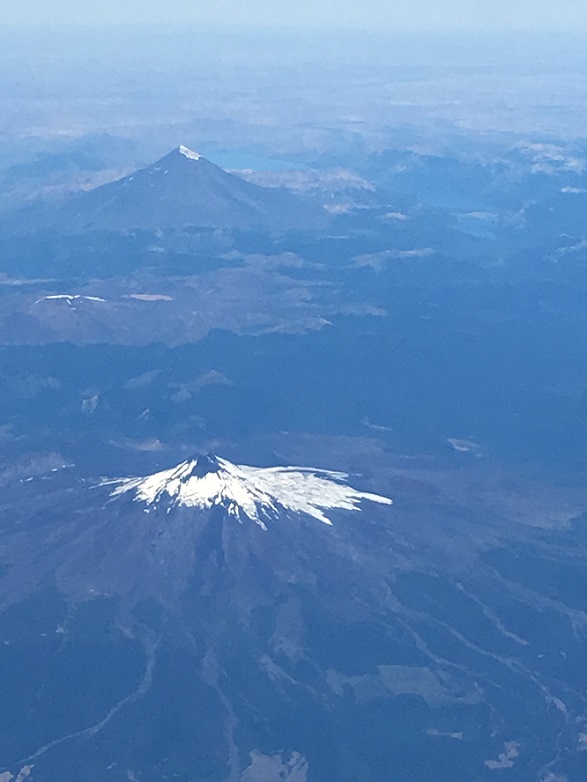 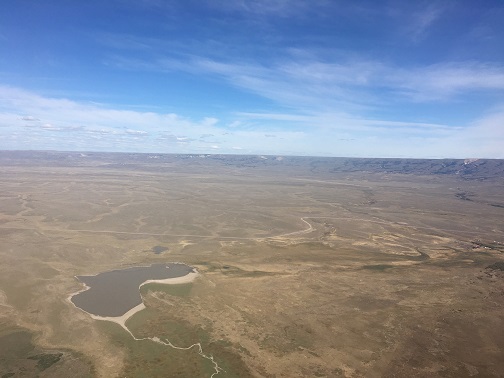 As we approached Balmaceda airport on the afternoon of February 24, we could spot route 7: the area along the southern edge of the eclipse track.  L. Palmer photo.

This was my 22nd annular solar eclipse (ASE). My wife Lynn Palmer and I observed the ASE from 2.7 north of the southern edge along a well – travelled road even during annularity. It would seem that many locals paid no attention to the eclipse.  Alignment of the small Meade 2045D telescope was accomplished using only a map and an inclinometer with the three tripod legs set on the hood of our rented SUV.  This was difficult but with care, everything was stable and, amazingly, tracking performed very well prior to and during annularity. 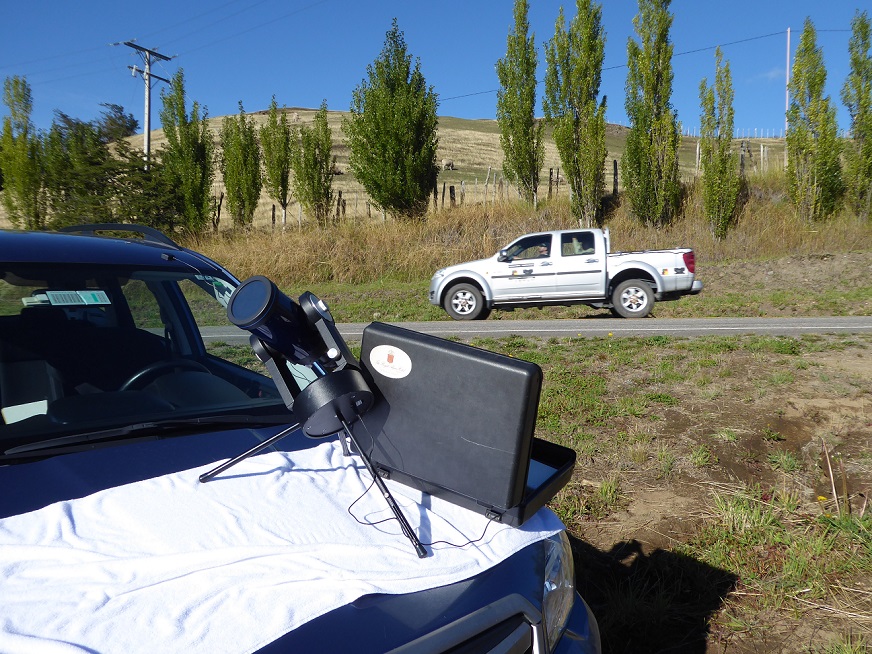 Polar alignment in daylight as the Meade 2045D rests on two fixed legs and one adjustable one. The borrowed hotel towel was used to keep the mount from slipping off the hood.  You can see one of a number of cars passing by between first and 2nd contact.  Only one van stopped thinking we needed help. Why else would someone be parked precariously off the main road? 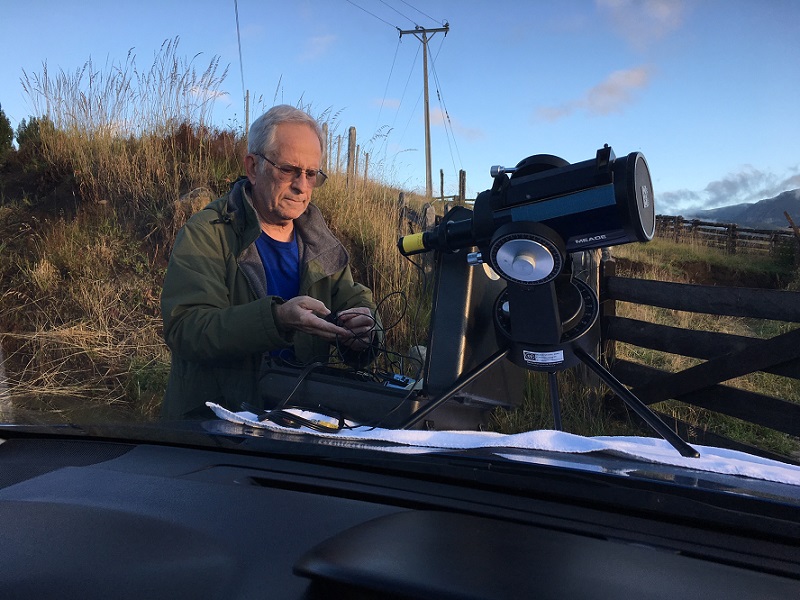 The author with video hardware secured inside a briefcase at the site. L. Palmer photo.

Making the weather decision sometimes is very difficult. However, due to a special eclipse forecast model, it turned out that even as far out as 72 hours before the eclipse, the weather was consistently predicted to be the same. It turned out to be quite correct. 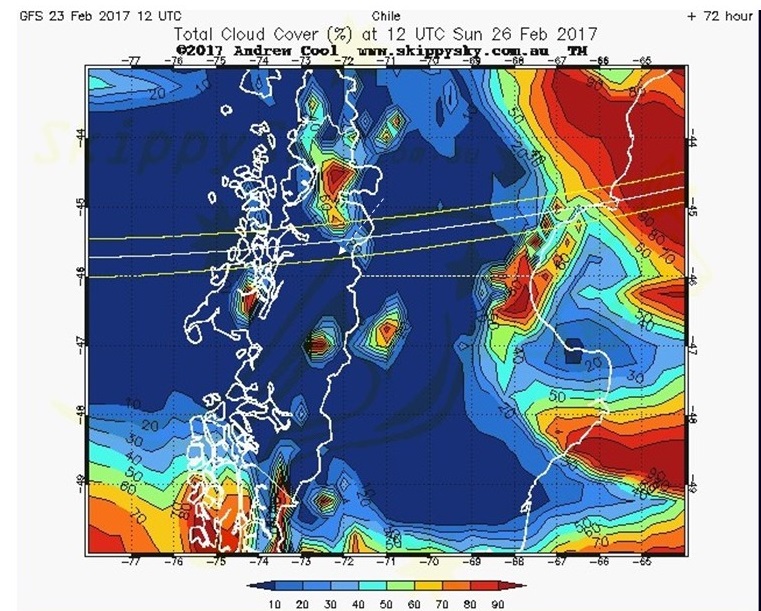 72 hour forecast. Courtesy A. Cool. Our site was located at the tip of the white dashed arrow.

From our roadside site were able to see sheep and chickens retreating back to a local farm house during maximum eclipse; roosting magpies appeared in a field just before annularity. Three flocks of geese flew off also before annularity and flying insects became more active as we approached maximum. The approaching lunar shadow could not be detected, though there was a notable lowering of ambient air temperature by what appeared to be several degrees during the march from C1 to C2. My colleague Paul Stewart from Australia measured a 1.6 deg C temperature drop in Coyhaique town. 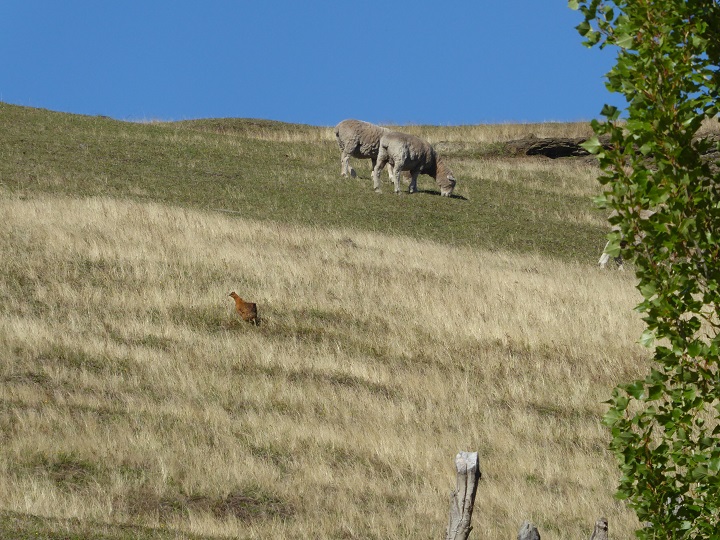 Sheep and a chicken seen just across the road to the west from out site. P. Maley photo.

A local rancher and his dog herd cows after first contact.

One thick cloud which appeared to approach the Moon/Sun vanished quickly. Other clouds lingered to the east but well below the Sun which was 33 degrees above the horizon at maximum eclipse. 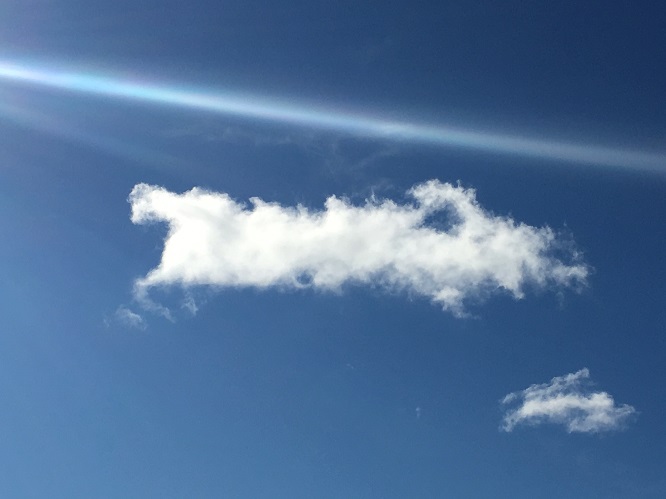 Baily’s Beads were rapid to appear and vanish (always being tiny in their structural appearance at the south limit of an annular eclipse as they mirror the profile at the Moon’s north edge); the horns of the Sun rapidly swung to make an annulus that lasted about 21 seconds.  All eclipse observers that we encountered prior to Feb 26 remained in Coyhaique proper or traveled up to the centerline.  There was the brief sensation of “totality” though that was not the actual case as the sky around us darkened and the video screen used to assess the Baily’s Beads appearance became very easy to use for focusing. Prior to that, even though shielded, the sky was so bright as to make the screen very difficult to make out. 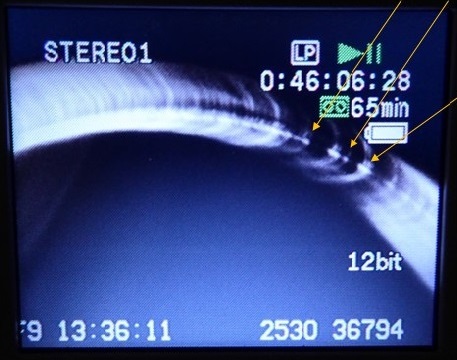 A still from the video I shot after 2nd contact as Baily’s Beads (tips of arrows) began to form.  An internal problem caused overexposure for much of the video.

My goal was to get video of the appearance of Baily’s Beads—tiny points of light appearing at the edge of the Sun.  Another IOTA member was in position to obtain similar data in Argentina at the northern limit.  At the eclipse edges, these points of light linger longest and are much easier to capture than from near the center of the eclipse path. At the south edge of an annular eclipse, the Beads originate from the north pole of the Moon which has a flat topography compared to the more mountainous terrain at the Moon’s south polar region.   However, due to anomalous problems with my solar filter and telescope there was overexposure and smearing in the video which was not expected.  Next time I will have to modify my hardware configuration to mitigate this issue.  Astronomy in the field is not always an exact science! 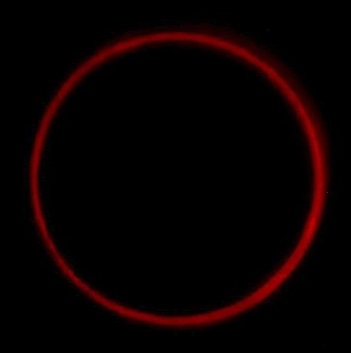 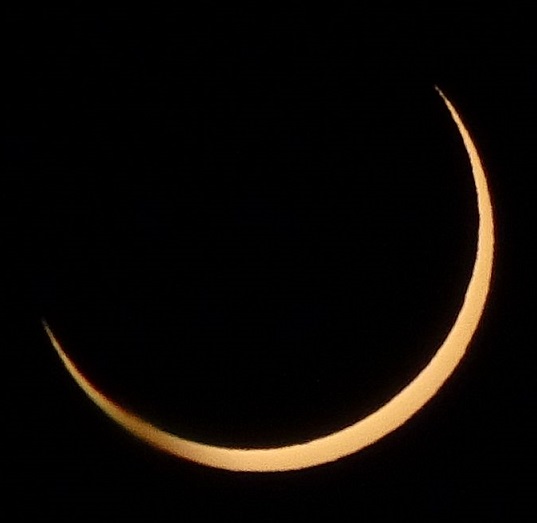 Partial eclipse photo from Coyhaique town. Note on the upper right the appearance of what seems to be a couple of early Baily’s Beads. A. Bullen photo.

I had been worried due to the abundance of both predicted and observed cloud and the high humidity in the prior hours following sunrise. But remarkably, the eclipse weather forecast model was accurate beginning 3 days prior to the event. Because of the geography and absence of good roads, there were only two possible locations to observe the eclipse at the south edge where we were and both were poorly located with no safe sites at which to set up.  Prior day’s scouting rejected all locations except for a gate to a farm which became our default site. 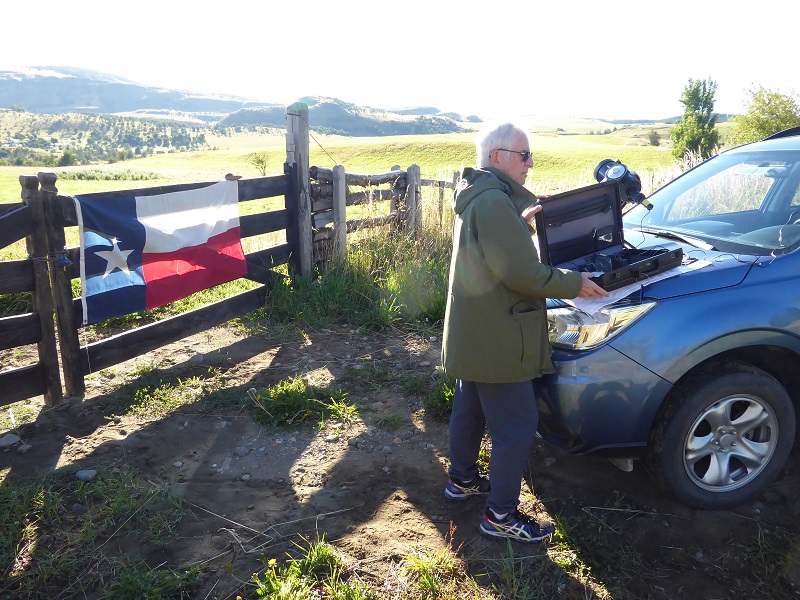 Our rental car showing the telescope propped securely onto the hood and aligned to the South Celestial Pole. Note the Texas flag (not the similar looking Chilean flag) which is the trademark of RING OF FIRE EXPEDITIONS.

In addition there are no services along the 56km long road between the Balmaceda airport and the town of Coyhaique. The only gas stations were in the town and none at the airport with the only alternate being across the border in Argentina.  We were not cleared to travel across the border with Argentina by the rental car company so had to contend with a very limited travel radius. All in all this plan worked very well. 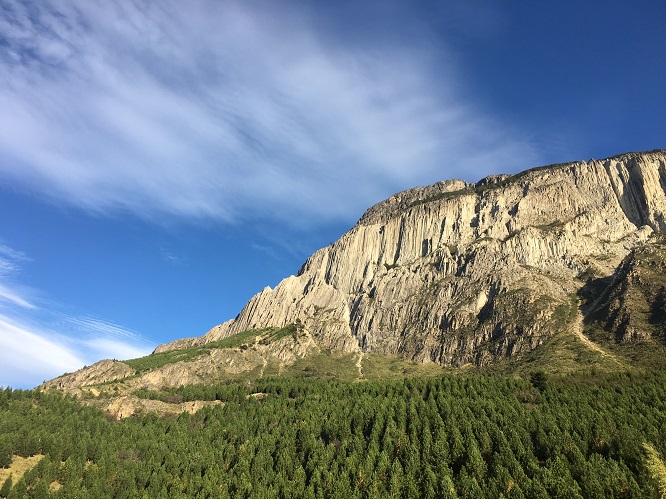 Some of the beautiful scenery near Coyhaique. L. Palmer photo. 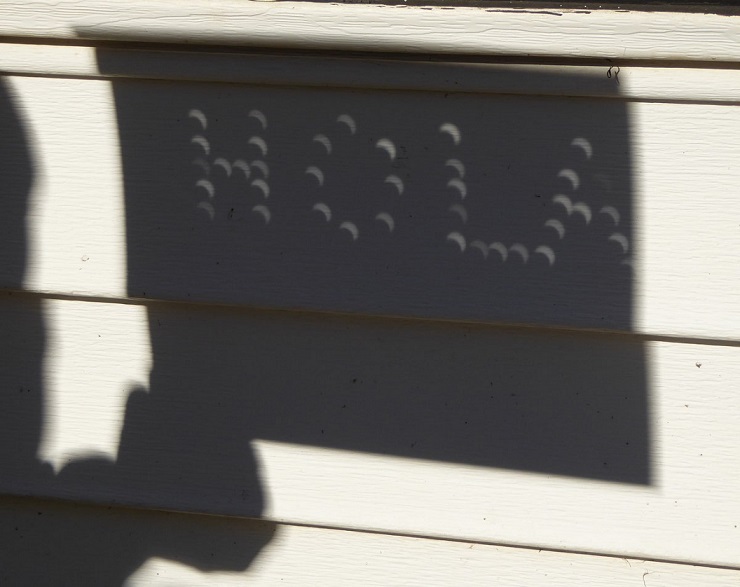 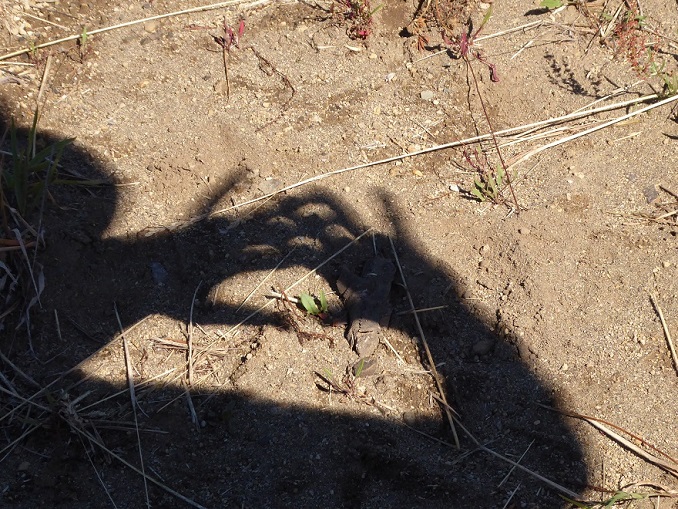 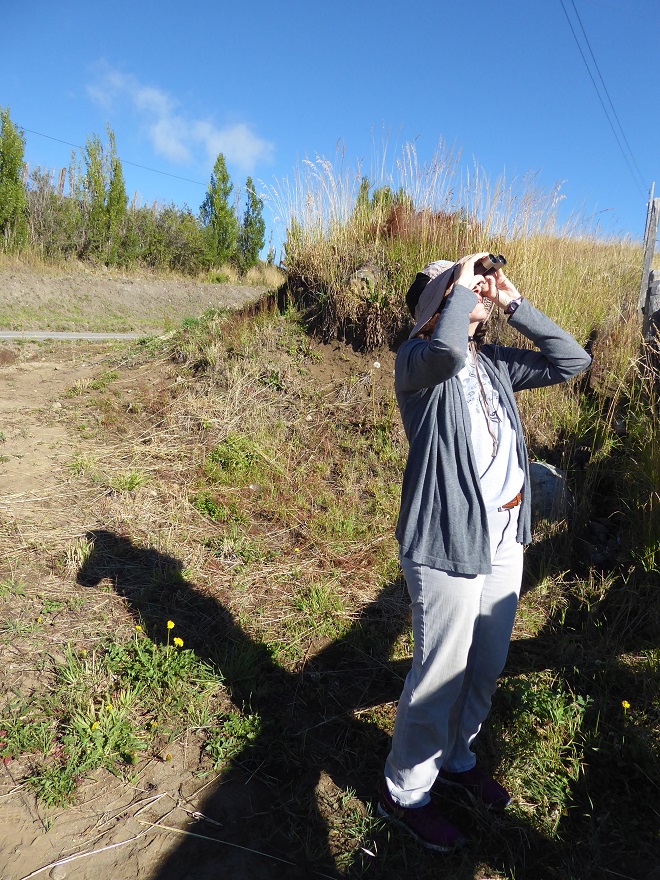 Though the Sun was only 33 degrees in elevation it was easy for Lynn Palmer to view it with properly filtered binoculars from a standing position.  P. Maley photo. 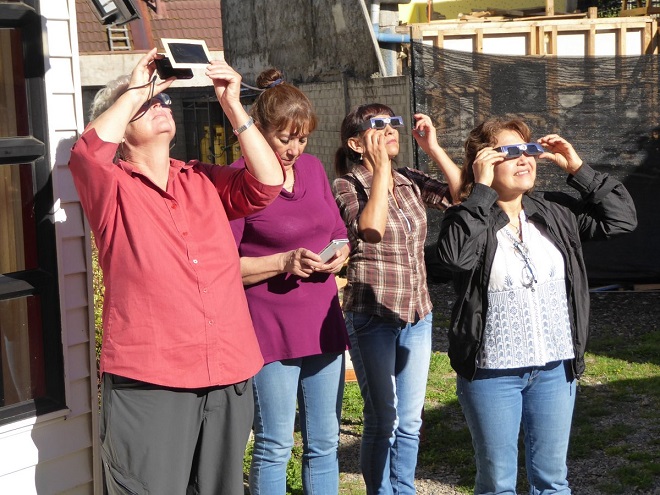 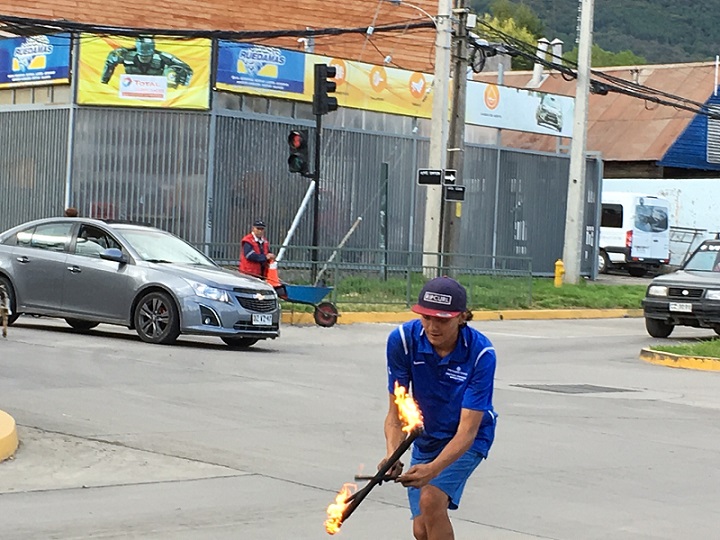 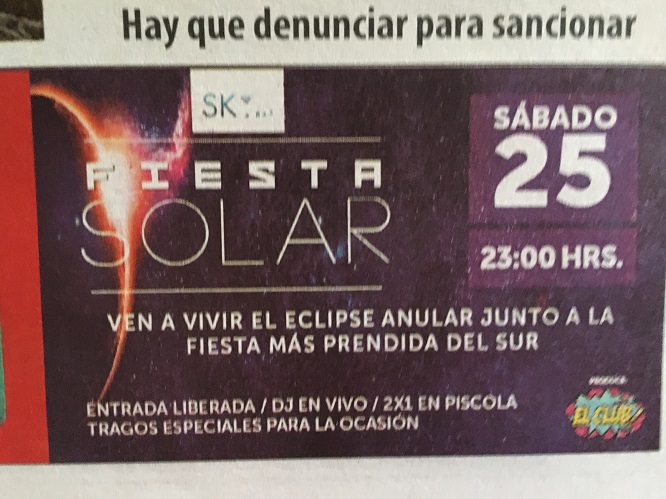 The day before the eclipse an all day program was set up in Coyhaique town. 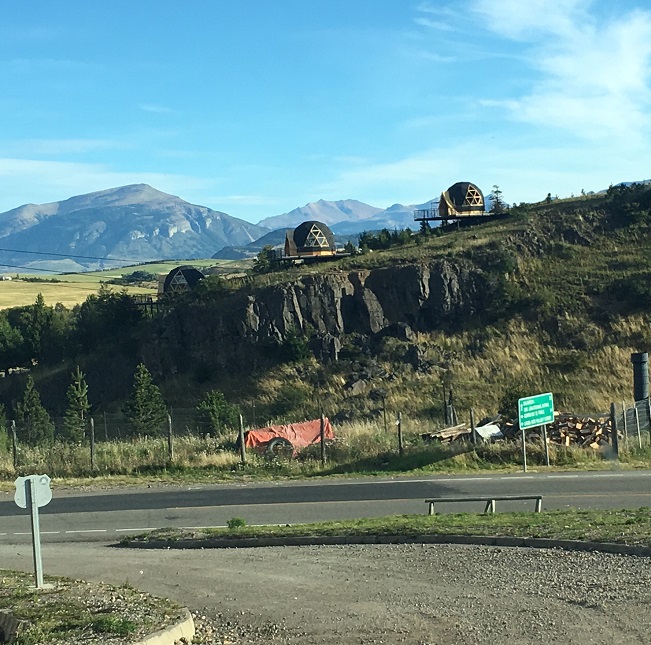 My first choice was to set up near these 3 futuristic bungalows but there would have been fewer Baily’s Beads seen here.  L. Palmer photo. 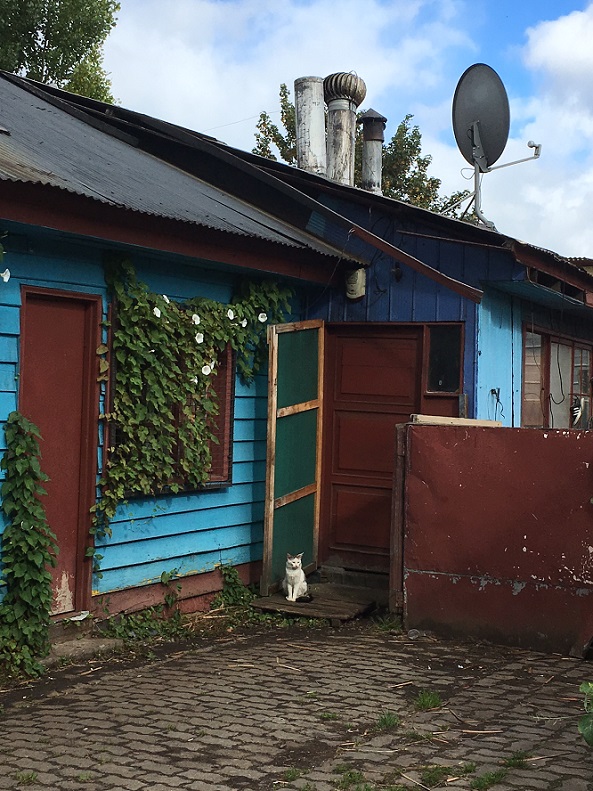 A typical local house in Coyhaique town with a cat.  L. Palmer photo. 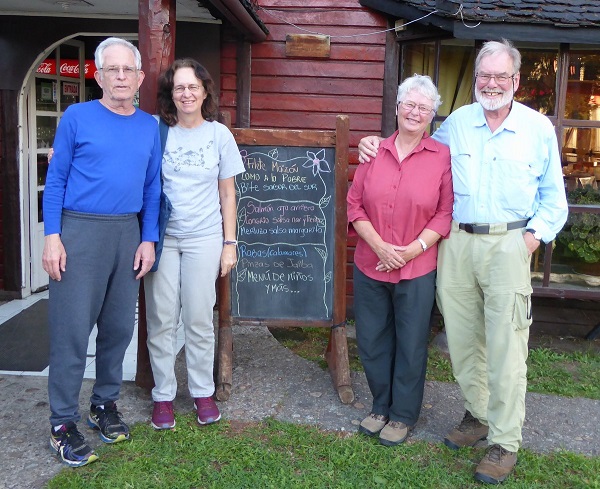 The author, Lynn Palmer, Ann Bullen, Paul Stewart at a restaurant the night before the eclipse. 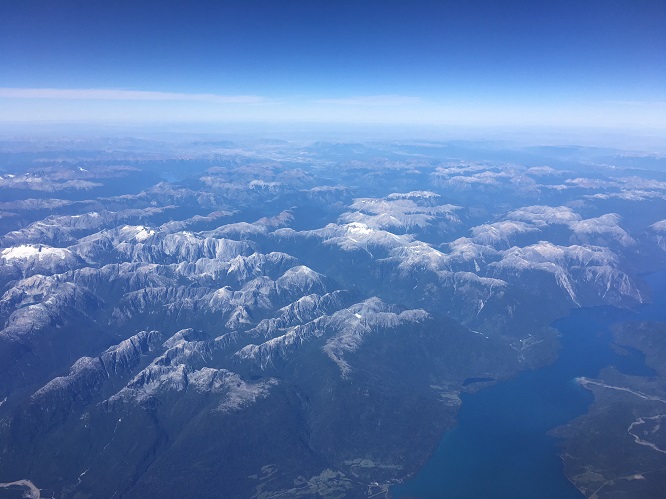 Between Puerto Montt and Balmaceda you can get an idea of the Patagonia region with picturesque mountains and lakes very popular with visitors.  L. Palmer photo.