Fifteen days before Christmas and, here it was—another solar eclipse and this time in Central America. This five day expedition was Ring of Fire Expedition #25 for me. We had a group of 15 people including John Erickson, Lynn Palmer and Richard Nugent of the JSCAS and others from Scotland, New York, California, Alabama, Texas and Illinois. Though this should have been the transition into the dry season, we were all surprised that the rainy season was in full swing during our five day tour. We initially experienced a grand hike into a nature reserve (Bosque de Paz cloud forest) and saw humming birds, a koatimundi, and got rained on. We spent a day and a half hoping to get a glimpse of the smoking Arenal Volcano only to be rained on the whole time; though even here there was a good hike to a double waterfall where monkeys and more rain were seen. I was able to access the internet every few hours and see the gloomy satellite images over Costa Rica. They appeared to remain the same each day.

In our final two days in the country we drove to the Pacific Coast where we first stopped at the Tarcoles River, the home to people-consuming crocodiles and also to a wide variety of bird life. This was a nice boat ride and it allowed us to see and photograph at will. That evening we were treated to briefly clearing skies that permitted us to watch for Geminid meteors. Together, Lynn and I counted 108 in 2 hours while others who had less staying power saw some of the bright rapidly moving streaks that at times crossed 60-80 degrees of sky. Glenn Roark even saw the latest Comet Linear at magnitude +6.

But it was December 14 that was the critical day. It dawned with overcast skies featuring an almost spooky constant horizontal hole in the western sky about where the eclipse would be. In fact, when it was usually 99% cloud covered, a couple of thin blue sky features were constantly present in the west at an elevation of about 10 degrees (precisely where we hoped to see the solar eclipse). We stayed at the Arenal Pacifico Hotel which had a couple of large iguanas, numerous ducks and geese and a nice restaurant bar where we were just about the only occupants of the hotel. The difference between high and low tide on the beach was so dramatic that there were at least 200 yards difference between them on the very flat beach area. In the morning we had planned a couple of activities. Nine of the group were driven to a canopy tour location south of Jaco Beach where they rappelled through the forest braving death and other potential complications at estimated heights of about 120 feet above the forest floor. Four others went to the Carrara Biological Reserve where we hiked through the muddy trails and saw a green parrot and a group of capuccine monkeys cavorting through the 100-foot tall trees there.

Central eclipse had been predicted for 4:32pm and at 2:00 we left under rainy, foggy and overcast skies to the local bank where John and Leslie had to change money. About 2:25 we proceeded to pass the four sites that I had surveyed the previous day. These spots were located 0.32, 0.75, 1.28 and 1.68km south of the interior southern limit of the eclipse path. These were essentially the ideal locations for spotting Baily’s Beads that were the object of our experiment. I had met Roger Venable the previous night who had agreed to meet us there at our main hilltop spot with his equipment. However, he decided that morning to madly drive toward Puntarenas, a town on the coast about 2 hours from Jaco. John Erickson and Frank Anet had planned to set up on the grounds of the Marriott Los Suenos Hotel and Richard Nugent had intended to make another of his classic real estate deals on the east side of the coastal highway as his observing site. The rain changed all of that and the entire group piled into the bus and agreed to set up wherever it looked good. I watched for movements of clouds along the way in order to gauge where a good final site might be situated. Multiple cloud decks complicated the choices that could be made, and there were also no apparent trends. We were at a latitude of 9 degrees and this was essentially the tropics. Not the kind of place for cold fronts or other logically understood movements. It was random motion at play. At 3:10pm I brought the bus to a halt 17km north of the limit line at a new housing development site. Here we all jumped out in time to see first contact. About 10 minutes later, clouds moved toward us from the northeast. A couple of cars who had seen our group decided to stop and join us temporarily to watch the eclipse. As the clouds advanced, I decided to reverse course and head back to Jaco. By 3:50pm we were climbing the last hills before Herradura Beach and entered the fog and rain again. The bus driver Mynor had been racing as fast as he could with my direction on the two lane narrow roads. I got him to turn back around and head north until we pulled out of the rain. At Steve ‘N Lisa’s bar, I stopped the bus at 4:10pm with barely 22 minutes before central eclipse. This was a road stop and was as close to the limit as we could get and not get rained out, I had hoped.

Here we piled out for the final time and scampered to the beach overlook where we found concrete tables and chairs and power! The ocean stretched ahead of us and there were fishing boats several miles out. It was a great view directly toward the sun which was in the clear but with clouds all about. Everyone set up their equipment as fast as they could. I switched on time signals and received them on 15MHz. Jim Staley held onto my radio antenna in order to stabilize the time signals. I set up my Meade 2045D telescope in alt-azimuth fashion because I had left one Gel cell battery back in Houston and I needed one for telescope power and the other for video camera power. I had to manually follow the sun; so Jim watched the location of the elevation screw so it would not hit the stops at the critical time. He had originally planned to take temperature measurements and this plan was negated by the clouds. At 4:27 clouds looked like they would cross and blot out the sun; yet as they approached, they seemed to become thinner. At 4:31 (second contact) the first set of Baily’s Beads appeared on my video and I watched them briefly form and then lift from the edge of the lunar surface. 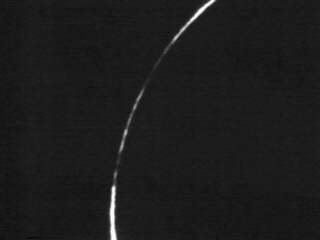 The annulus (ring) then appeared for about 75 seconds before the moon touched the other nearby solar surface and more distinct beads appeared. 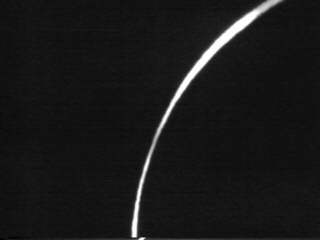 FIGURE 2. THE ANNULUS APPEARS BETWEEN THE TWO BEAD GROUPS.

Again, the video recorded them well and everyone was seeing and photographing the display. David Callendar, from Scotland, used a 100x digital camcorder to video the beads but only to the maximum of the 25x optical zoom. The clouds did not allow him to resolve beads with this system. Ross Basch from New York City also thought that he could not make out the beads with his 400mm system. 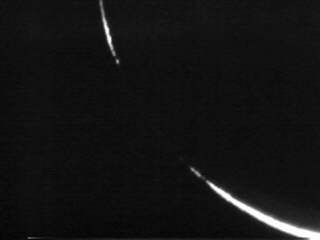 FIGURE 3. THE SECOND GROUP OF BEADS FORMS. Notice how the main features have shifted between figures 1, 2 and 3 as the moon slides across the sun’s limb tangentially.

A second bus full of Costa Ricans had pulled up about 10 minutes before annularity and they all walked up to where we were with their eclipse glasses they had bought earlier at a nearby Shell station. At first someone thought the acting president of Costa Rica was among them. Later we found out this person was really the acting president of the Costa Rica Tourism Association. A reporter took photos of Frank and one appeared on the front of the next day’s local newspaper. At about 4:50pm a double rainbow was sighted to the east and a few drops began falling shortly after. We hoped to watch the sun sink into the sea, but clouds got the better of that plan. It was sprinkling consistently about 5:20pm when the sun went down. The group headed back to Jaco to a very tasty farewell dinner that night. Five of the members had been waiting for copies of their canopy tour rappelling video that finally arrived several hours late.

The next day we drove back to San Jose and flew back to Houston. It was the end of another exciting eclipse adventure. In spite of the rain, everyone felt that this was a really neat tour. However, it is just six more months before it will be time for eclipse expedition #26! What happened elsewhere in the eclipse path? The IOTA northern edge science team was clouded out as were other groups nearer the centerline. A few lucky observers other than us actually saw central eclipse. But there is no doubt—we were the luckiest group of all.