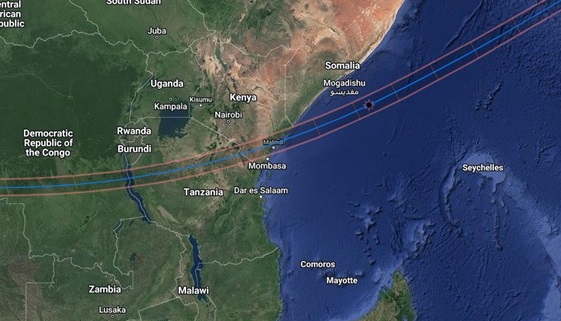 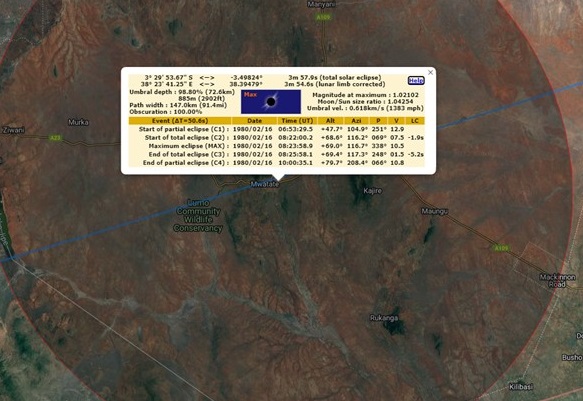 This expedition was unique in that we were able to see wild animals as well as conduct a genuine safari through Kenya whether or not the eclipse was successful. As it turned out we did see the eclipse. However, photos from that period were irretrievably lost. What you see on this page is what remains.

The approximate area where we observed the eclipse was from a camp on the plain near Mwatate.

During this two week trip through the country we saw numerous animals such as giraffe, rhino, lion, gazelle, ostrich, leopard, elephant, hyena, etc.

Due to off and on clouds we decided to split the group. One set of observers stayed in the tented camp (above) while the other drove to a nearby location (below) in land rovers in order to maximize our chances that at least one group would see the eclipse.

While there was a diverse set of eclipse gear brought by serious to first time eclipse watchers we needed to have armed guards to protect the group from attack by wild animals. On one occasion, lions passed next to one tent before dawn leaving a large set of menacing paw prints within a foot of that tent.